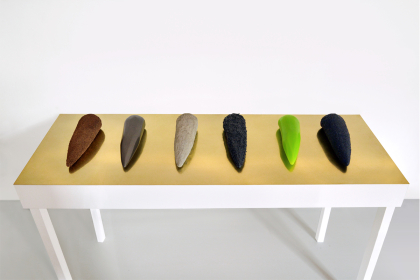 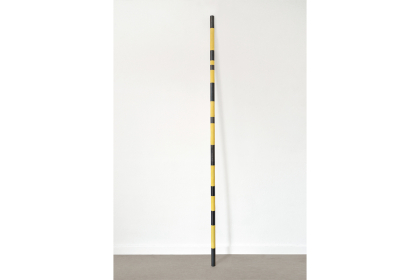 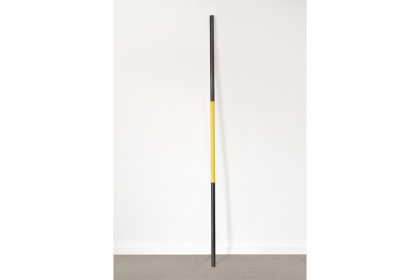 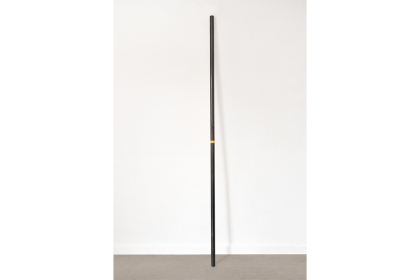 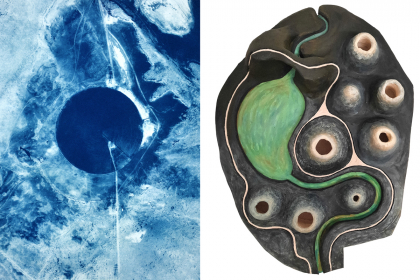 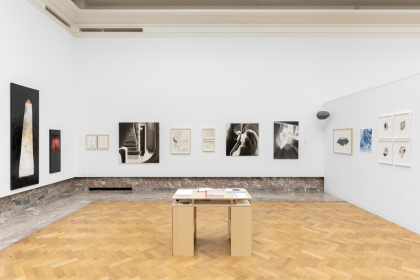 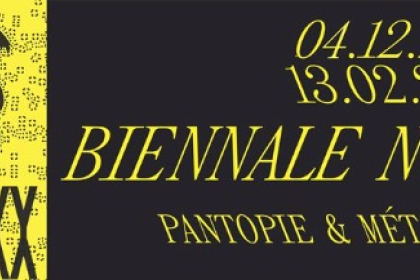 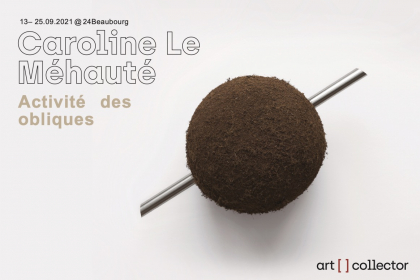 Caroline Le Méhauté (1982) questions the relationship between humans and their environment: the earth, but also the cosmos to which that earth belongs. Her sculptures, installations and works on paper are close to nature in the sense that they consist of earthly materials such as peat, coconut fiber and stones. An earth layer thousands of years old or rocks from the indestructible mountains of the Pyrenees; the material, in all its simplicity, already has the power to contain existential questions.

There is an inherent moment of reflection within the abstract stillness of the image. The sight of a – literally and figuratively – elevated surface made of earth, or of a cyanotype (a photographic print made with the direct intervention of sunlight) showing depleted agricultural land from the air, can be enough to put man, the earth, or the cosmos in perspective. Although the history of the strata shown, and the weariness of the nature that surrounds us, are important, the ecological issue is not her primary concern. What really matters to Le Méhauté is a much more fundamental question; an existential, philosophical-poetic reflection on the position of man in his own – natural, much older, richer, larger – environment.

The coconut fiber works and other sculptures all bear the title "Negociation" – negotiation. The artist is not concerned with a commercial discussion or a political lobby. What matters here is the continuous negotiation of our personal position in relation to everything that surrounds us. As humans, we find ourselves in a certain space to which we relate and we have to consult a balance with gravity at all times. Every other element, animal, or natural phenomenon is also related to each other: there is a continuous search for compromises within nature. On a microscale, this realization is close to the practice of a sculptor, who, when creating a sculpture, must always negotiate with aspects such as the material, space, mass, and gravity.

Le Méhauté makes us aware of this continuous negotiation by making special compromises with her own materials, the space and the spectator. Her work often floats; on the wall, almost reaching the ceiling, or in a white background on paper. This positioning is not gratuitous: the physical change of perspective entails a mental confrontation. The earth is levelled with man; from horizontal, literally trampled underfoot and therefore never seen, smelled or felt up close, to vertical and face to face. The hierarchical distinction disappears and the realization grows that the earth may not be completely separate from the matter from which we ourselves originate.