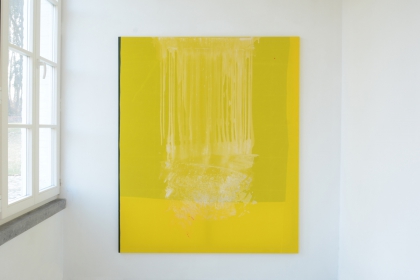 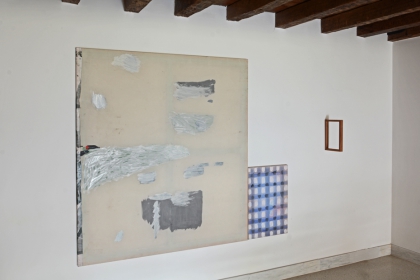 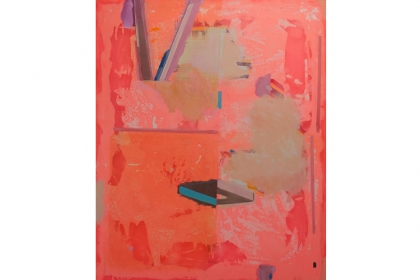 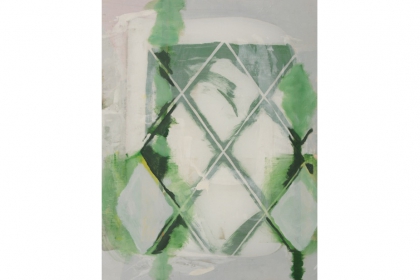 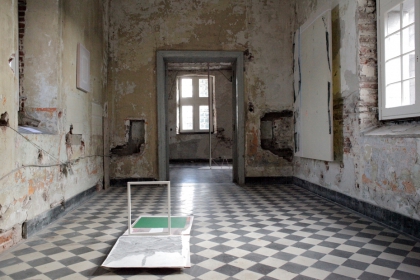 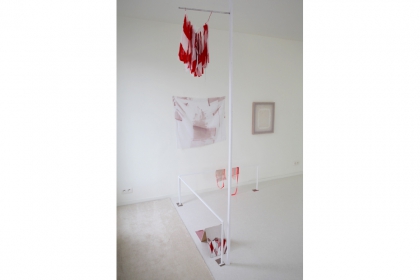 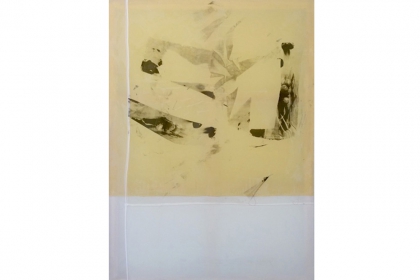 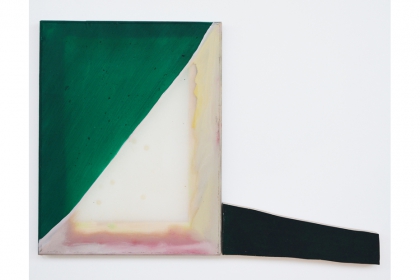 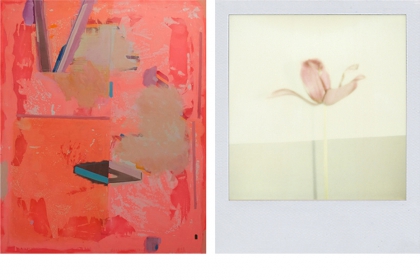 Belgian artist Hilde Overbergh studied painting in San Francisco and Los Angeles in the 1980s before moving back to Belgium in 1991. She currently lives and works in Leuven. Her work has been exhibited in Los Angeles in The Story of O at Otis College of Art and Design (2010) and in solo shows at the CB1 gallery in both 2011 and 2015. In Europe, her work has been exhibited at De Markten (Brussels), glocal affairs (Maastricht), CIAP (Hasselt), the Castle of Oud-Rekem and Manifesta Parallel (Genk). Hilde Overbergh is the recipient of both the Armand Hammer and Rodenbach awards, amongst other accolades. She received a BFA from the Academy of Art College (San Francisco), an MFA from Otis College of Art and Design (Los Angeles) and a European Masters in Visual Arts from PXLimburg. She is represented by the CB1 gallery in Los Angeles.

A world that is constantly changing and growing ever-smaller calls for fresh tactics, and in anticipation of the potential claustrophobia that this entails, Hilde Overbergh has developed her own methods. In her colourful oil paintings, Overbergh has for some time now been exploring the relationship between humankind, painting and the way in which we experience space and architecture. Starting from her interest in compositional strategies, she discovers, exposes and conceals the patterns of different architectural and spatial situations, and unites them in the painting. The most exciting thing of all is to observe how over the past few years Overbergh has also expanded the two-dimensional, painterly space to create three-dimensional installations in the physical domain. These installations still contain paintings on canvas, but have evolved to also feature sculptural elements in wood, (plexi)glass and fabrics, some of which are painted. The sculptural elements are generally positioned in contact with the wall or lying on the floor. She also works the various textiles – from high-quality painting canvas to strange synthetic nylon – into the paintings, for example by sewing them together and using them as supports. Sometimes these synthetic structures are placed above one another to create moiré-like interference patterns. Overbergh also recently introduced screen-printed elements into her paintings. Although she does not allow this idea to curtail her in any way, her spatial configurations can therefore theoretically be defined as ‘multimedia’, even though they are nevertheless constructed from elementary components of the ‘classic’ painting: wood, canvas, colour and ‘image’. Time and time again, therefore, Overbergh succeeds in single-handedly shifting the border coordinates of her practice, and in transforming known elements into a fresh, fertile medium. A few years ago, she herself suggested that this amounted to ‘repositioning basics’. This subsequently became the title of her solo exhibition in Los Angeles at one of the defining moments in her career.

In the meantime, Hilde Overbergh’s painterly battle continues unabated, to put it mildly. For some time now with Overbergh, the encounter between abstraction and figuration has in practice meant the offering and holding back of orientation points to and from the viewer. One well-known fact is that a line can suggest space but can also simply be a line. Moreover, we could already see in her earlier two-dimensional works that she was searching for ways in which to contrast the eternal ambiguity of the flat plane, in which every illusory suggestion of space is deliberately constructed but then punctured time and time again, with architecture. This was an elementary way of determining what was inside and what was outside. This unravelling of the perspective, the intermediary language between 2D and 3D, is a mechanism frequently used in painting or drawing, through which artists sometimes point us to the incompleteness of our observation via phenomenology and the psychology of perception. It is a kind of image creation that often relies on the distance between the mark and the meaning in a semiotic system. Overbergh appears to transform this distance, or this idea, into an accessible space to be discovered which never stops being a painting. Moreover, each separate element in her work retains the potential to function as an autonomous visual event.

The fact that the separate elements in the creative process always remain traceable is undoubtedly one of the most interesting aspects of Hilde Overbergh’s work. Once again, it links her in a different way to the historical advance of things. The insight that she offers into how things are set out is comparable to the way in which digital, graphic image creation in computer programmes such as Photoshop is constructed in layers. Within this, throughout the design process, the potential to undo every addition or removal continues to exist. This ability to be able to intervene in the construction of an image at any given time differs profoundly from the construction of marks in ‘analogue painting’. In the spatial arrangements, however, Overbergh does succeed in formulating an area of intersection based on a comparable way of thinking. This playful interaction of addition and removal can be read as a way in which the artist can deal with the definitive versus the concept of choice. Therefore, we could also interpret these abstract marks as actually indicating an inability to formulate a certain essence, in this case primarily a painterly essence. We could also point out this ‘painted powerlessness’ in yet another way, by noting that in her abstractions, Overbergh does not want to depict visible reality, but instead the reality that lies in the act of painting, and in her material elucidation of this. For example, she thus demonstrates an affinity to Raoul De Keyser, but equally to Christopher Wool. Some of her most abstract (two-dimensional) compositions confirm this hypothesis. This underlines the interesting synthesis between Belgian aspects of Overbergh’s trajectory on the one hand, and American aspects on the other, insofar as this categorisation is still possible.

Dictatorial reality notwithstanding, Overbergh shows us that the possibilities are endless. In her spatial colour chords, she searches like an accomplished free jazz musician for the limits of what her instrument, the medium, can and cannot do. Overbergh thus achieves her layered ontology of the painted image by continuing to navigate using that tenuous zero point: the idea of painting.