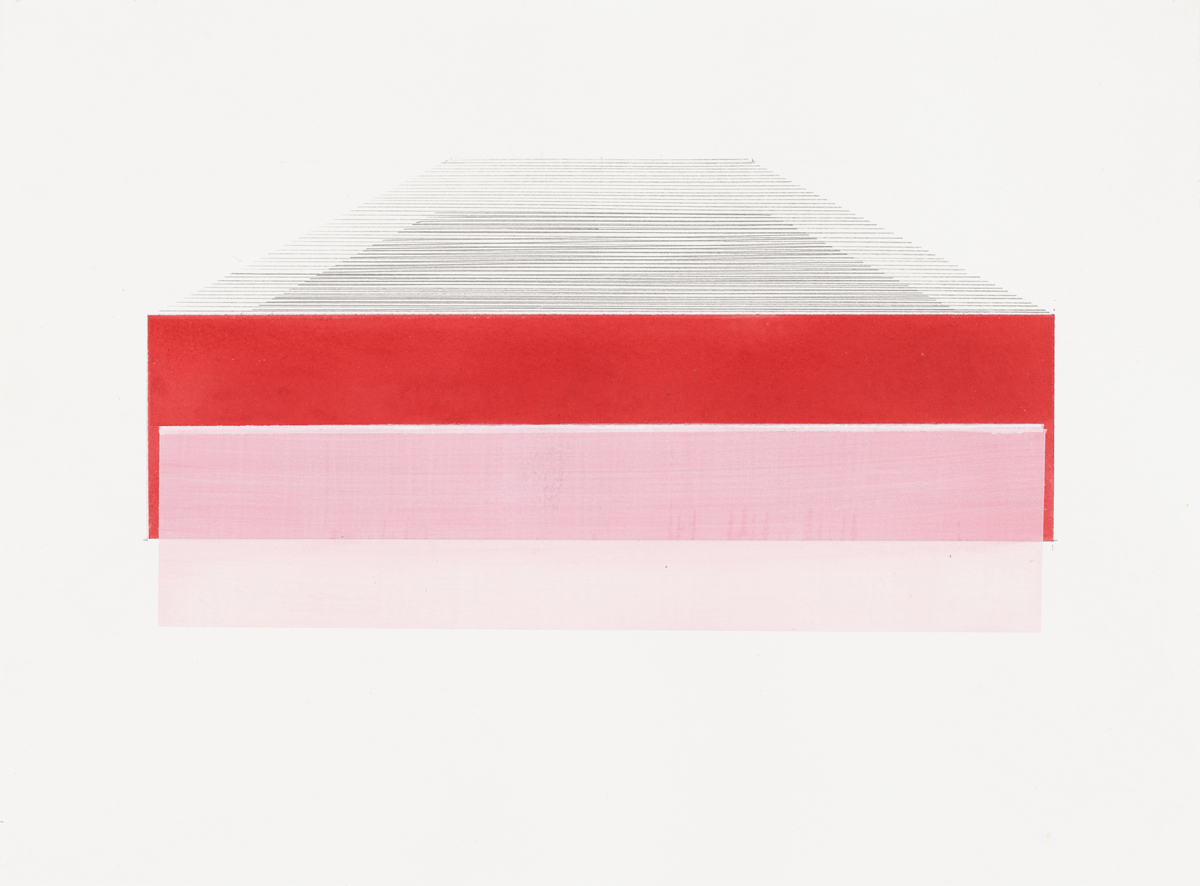 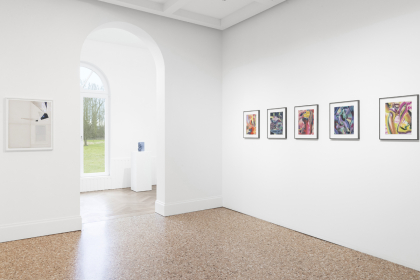 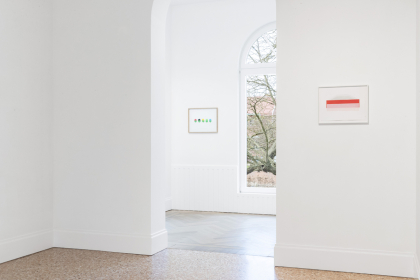 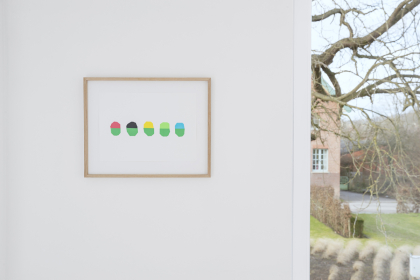 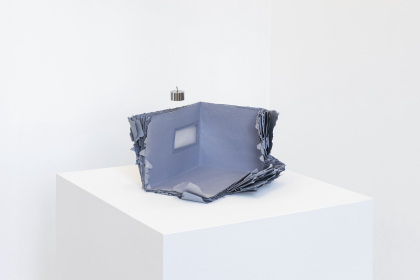 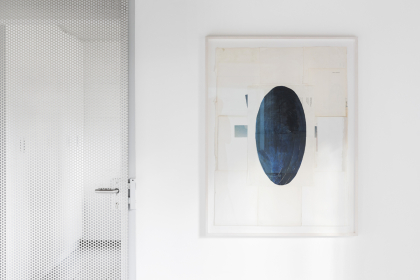 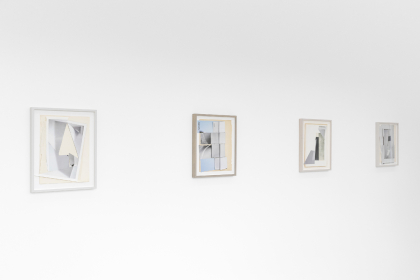 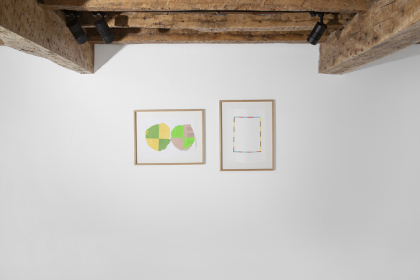 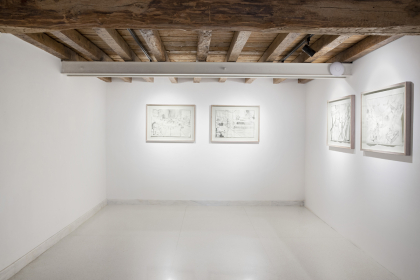 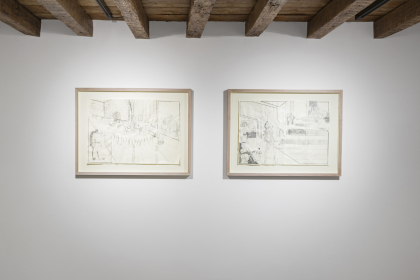 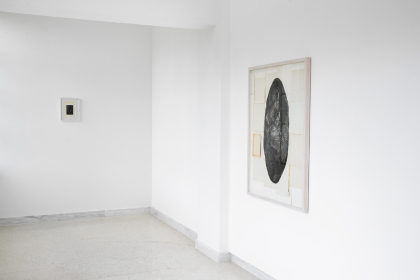 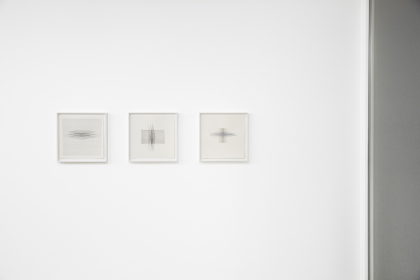 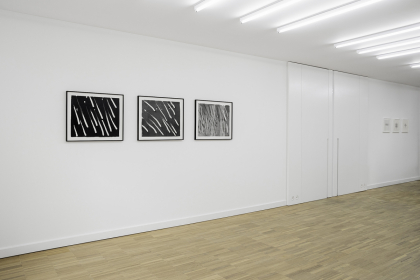 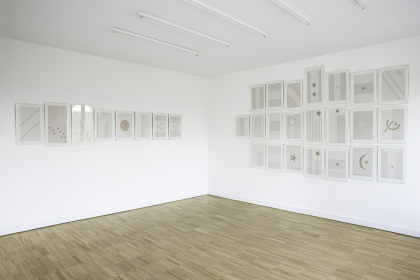 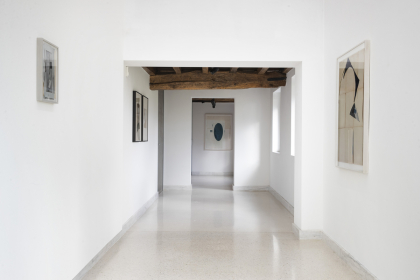 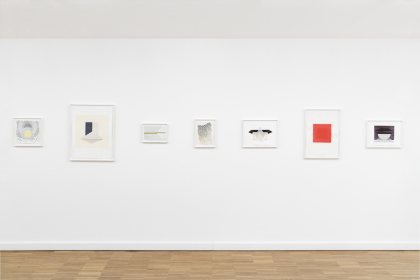 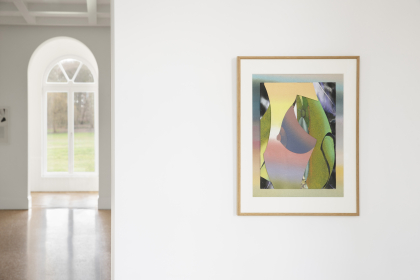 Paper is a material upon which to write, draw and even print. But these are by no means its only applications within the visual arts. For this exhibition, the Whitehouse Gallery brings together eight artists who make extensive use of paper within their practice. When the Art on Paper fair opened this autumn at BOZAR in Brussels, its purpose was questioned. Should it focus exclusively on drawing or call for greater attention to be paid to paper’s broader role within the art world? Welcome to The Paper Show, an exhibition of works on paper, a time-honoured, faithful friend that today intersects and influences the creative processes of many contemporary artists in numerous ways.

Stefan Serneels (b. 1968, Antwerp) uses paper as a classic support for his drawings. It invites him to translate his creative mental state into material annotations in a wholly spontaneous and uninhibited way. In addition, and just like making a comic strip, paper allows him to create a sequel quickly and easily or bring different drawings together. Serneels draws both realistic figures and interior perspectives which he often goes on to distort and reconstruct in a different form or format, whereby the paper becomes a flexible support made up of multiple layers. Due to paper’s lack of material status in relation to canvas, for example, his drawings exude an unforced honesty and directness.

We also detect a constructivist approach to the image on paper in the work of Dieuwke Spaans (b. 1973, Rheden, NL). Instead of inventing images, she constructs them exclusively from existing visual material. Dieuwke Spaans cuts, pastes and rearranges these pictures and places them in a fresh context. Unlike drawing, which often results in an abstract interpretation of a three-dimensional world, Spaans prefers to manipulate existing photos and pages in order to build up a subjective representation of reality in multiple layers. What is exceptional about her work is the abundance of references and symbols that can be read upon closer inspection. The loaded nature of Spaans’ collages is augmented by the visible traces of time on the paper and the exposed, hand-made tears that reveal the creative process.

In the work of Haleh Redjaian (b. 1971, Frankfurt, DE), the human hand appears to be almost absent. Thanks to Redjaian’s thoroughly mathematical drawing style, a certain distance from the image is created. Yet austere pencil lines and detailed embroidery reveal the artisanal process behind Redjaian’s artistic practice. The time-consuming nature of the carefully constructed line drawings, or the addition of costly elements including gold thread or gold leaf, lend the paper – here always the support for an abstract representation – an exceptionally expensive aura.

Although Heide Hinrichs (b. 1976, Oldenburg, DE) predominately focuses on making installations and sculptures, she also creates works on and with paper. She is intrigued by the immense potential of this seemingly simple material, which is at once both accessible and organic. Above all, Hinrichs finds an artistic value in the functional characteristics of specific sorts of papers, as opposed to other types of material. For example, she often opts for Asian paper because of its absorbent properties. By adding water, for example, she can soak the paper, recycle it and knead it to a pulp which can then serve as the basis for sculptures in papier-maché.

The ink drawings that can be seen in this exhibition also respond to this same absorbent characteristic. By rendering sections of the porous mulberry tree paper impermeable through the application of a layer of wax, an ink drawing is created which portrays both a visual interplay and the field of tension between the ink and the paper, only part of which serves as a support here.

Within the artistic practice of Lieven De Boeck (b. 1971), the paper acts as a mould for an imaginative sculpture. The act of cutting out pieces of the paper imbues it with life and affords it value. The presence of the paper only becomes visible by allowing it to exist in combination with the excised voids.

Especially for this exhibition, the work White Flags (2014) will be partially re-exhibited. The installation comprises 192 flags made from layers of onion skin paper, one for each member state of the United Nations. By superimposing cut-out symbols and figures, and substituting layers of paper for the different colours, the artist constructs images that resemble the actual flags of the member states. Due to the lack of colour, they can be read as white flags, the symbol of surrender and negotiation as stipulated in the Geneva Convention.

Maria Kley’s (b. 1981, Tokyo, JP) artistic practice features a broad and experimental spectrum of techniques and media, with paper predominately serving as a medium for sculptural work. Since it was first invented, paper in the form of a letter has provided a mechanism for the exchange of feelings, emotions and formal details, amongst other things. Kley values the fragile and transient qualities of paper and the fact that it is (and remains) sensitive to touch. It can therefore also be seen as a support for traces of time, memory and history. Her works are thus materialisations and accumulations of verbal and non-verbal communication, as is the case with this new series Tax (2021). These works consist of the personal, Dutch tax envelopes that Kley has collected over a 15-year period. She regards the tax letter as one of the most negatively charged paper objects, comparing it to “a weapon that falls onto your doormat”. Although she finds its colour enigmatic and beautiful, the receipt of the envelope goes hand in hand with stress and mistrust. Referring to the efforts that she has herself made as a self-employed artist, these works echo the tension in the relationship between the citizen and the tax authorities and the recent scandals in the Netherlands.

Works on paper by Hadassah Emmerich (b. 1974, Heerlen, NL) have an autonomous nature, but above all else, they play a linking role in her practice, which primarily consists of murals and paintings. Her way of working on paper is also closely connected to painting. She uses robust paper as a support that can be stretched and can withstand several layers of ink and oils.

The works on paper exhibited here are atypical in this sense, because they are pages from a photo album that Emmerich has subsequently painted with oils. She sees the flowers in the original photo as a common thread, an image to which she can respond via colour and form. Just as with her murals and paintings on canvas, she uses a roller or small stencils to make direct gestures onto the support, in this case the satin smooth paper that sometimes shines through the paint.

Marianne Borremans (b. 1995, Malle) is an artist who focuses entirely on paper as an artistic medium. She makes both drawings and collages that sometimes form the catalyst for spatial installations and large-scale site-specific works on paper. To do this, she starts from a physical and digital image archive that she has built up herself and continues to augment with all kinds of paper and packaging material that she collects in her daily life. By assembling, colouring, or rescaling recycled papers, Borremans’ personal relationship to a still firmly entrenched throwaway culture translates into a visual quest for abstract compositions that are articulated in line, form and colour.