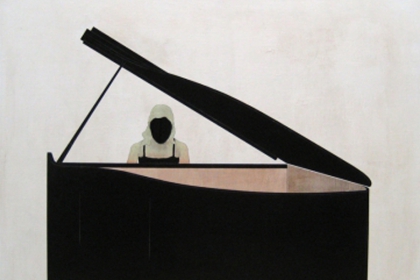 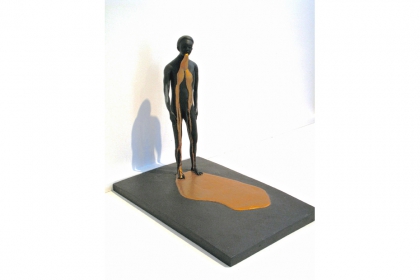 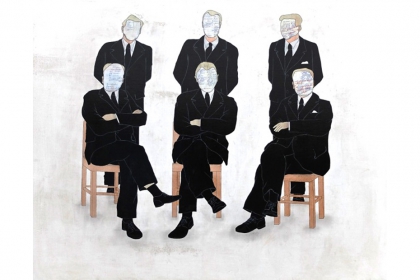 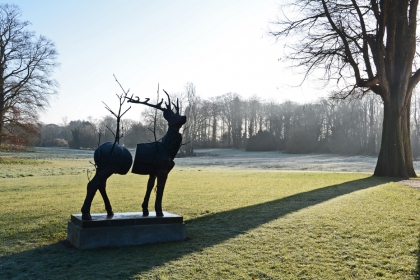 Yves Velter lives and works in Ostend, Belgium. An awareness of displacement and alienation constitutes the basis for his work, in which an interest in human (and humane) values comes to the fore. The muted characters in his work are based on existing people who have been made unrecognizable by making them abstract to a certain extent. They are placed in situations in which they create an opening in reality, thus enabling them to break through the impossibility of showing emotions. The images show the contrast between representation and abstraction. It is an aspect that works on several levels: the elusiveness of emotions, sensuality, fears, desires, individuality… In contrast to science, art is a domain where unconventional reasoning remains a possibility. The artist immerses himself in the world of a woman who is caught up in a closed-off logic of writing letters in a code all of her own. He considers these intimate scripts to provide a parallel with the world of the arts, where an artist also creates codes in order to translate his own world of thoughts. In the eyes, “the mirrors of the soul”, of his figures we can see small pieces of the aforementioned letters. Other objects and materials from several origins that carry a comparable tension within them (red dots, soil from his parents’ garden, cardboard, clothing…) are also being used as ingredients in his works. In a world of his own he investigates and reorders the experiences, objects and metaphors which possess this ‘tension’. With connection to this, the artists speaks of making ‘corrections of ratio’ which enable him to use his very own code of images in order to give expression to the unanswerable.