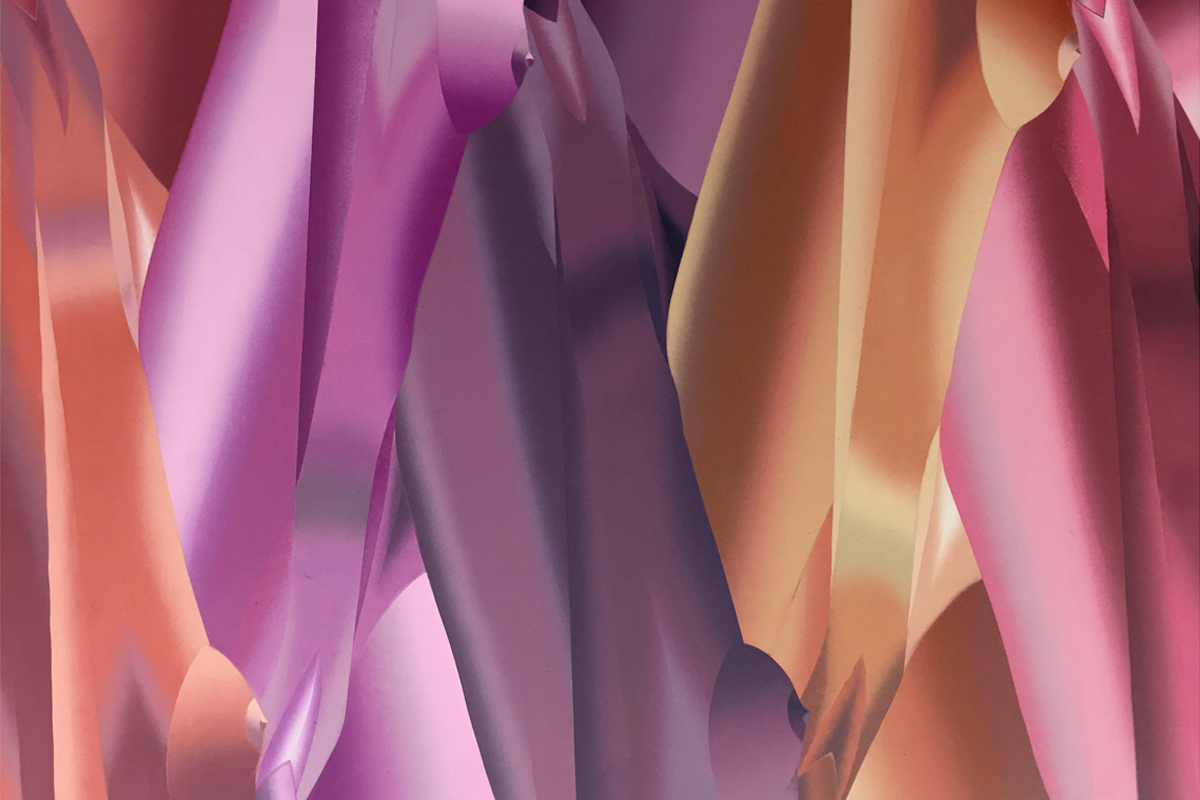 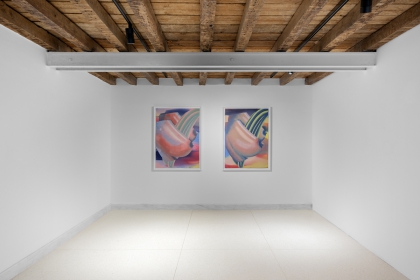 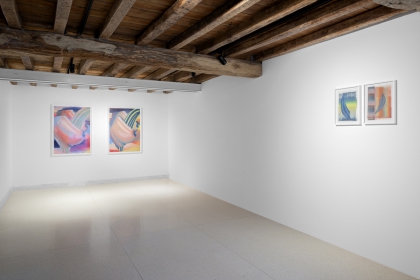 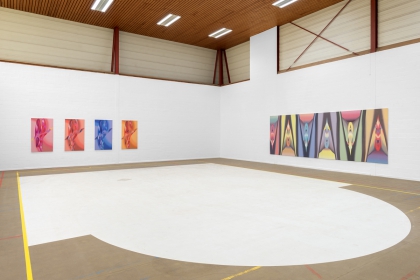 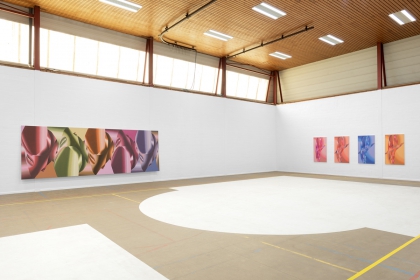 To experience the immersive and sensual paintings of Hadassah Emmerich, is to get whirled up into a range of manifold, at times conflicting desires, emotions, reflections and sensations. Her fascination and subject matter spans the limits of what a body can evoke onto another body; the idea of bodies and seductions at play. She deploys, or rather performs it as a vehicle onto which projections can be made. More precisely, her protagonists – consistently anonymous – propagate the confusion that arises with the act of desiring. They appear rarely as single and unique beings, but rather put themselves on display in a whirling parade of disconnected and interconnected body parts, repetitive standardised volumes, explicit erogenous zones and indefinable limbs. Shying away from discerned personality, a gaze of their own, or the ability to hear, see, smell or speak – they are nonetheless on offer in a variety of body tones and complexions, reverberating choice and assimilation to one’s preference. Looking finger-licking and tasty, configurations like Macarons Nus or Milles Fuilles are there to seduce you with their twisted hypnotising sex appeal.

Emmerich’s often works with large formats: inflated close-ups or polyptychs of a recurrent motive in differentiated colour plans hint at sample books and the idea of selection. These landscapes of bodies in a vibrating pallet of metallic and electric colours, that feel both cold and hot at times, evoke exoticism. Her paintings are the result of various steps in her artistic process; in which found pictures and digital collages are plumped, shrunken and distorted into complex compositions. Throughout their physical execution, the use of stencils allows the artist to achieve a serial and slick recurrence of motifs and patterns, adhering to the detached aesthetics of industrialisation, commodification and objectification. Their surface however, is textured and tactile, and evokes a soft skin-like texture.

As encapsulated universes, these paintings testify of objectified reality but feel like sensorial dreams. This confusion lays bare the tension of being in limbo between repulsion and attraction, between the conscious knowing of the capitalist and patriarchal mechanisms that underlie and further condition our desires, and the unconscious and depths of personal sexual longing. Emmerich hints at the simultaneously fascinating and problematic economy of desire in our current day and age, but does so by creating works with a pulse; that breathe, that are rhythmic, that draw you in and play a trick on you.