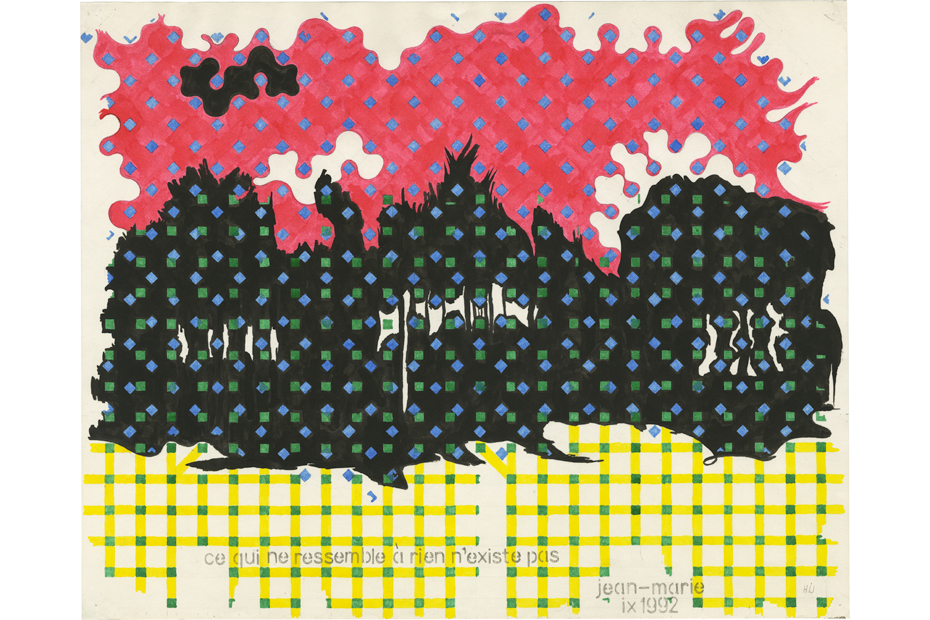 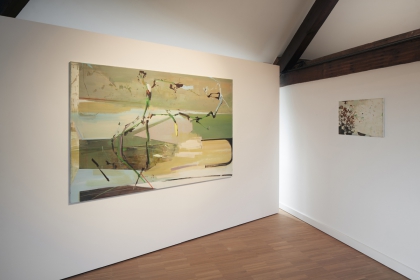 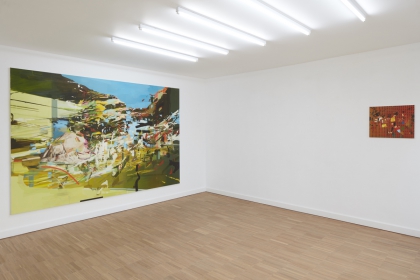 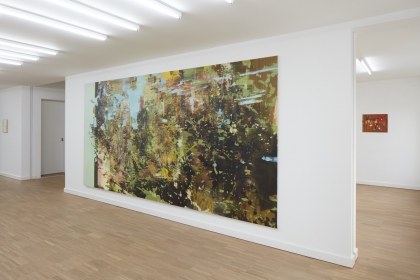 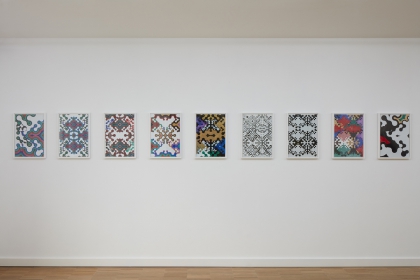 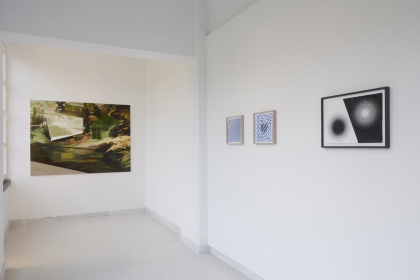 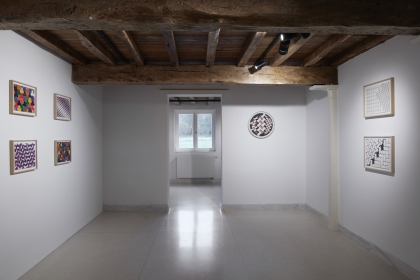 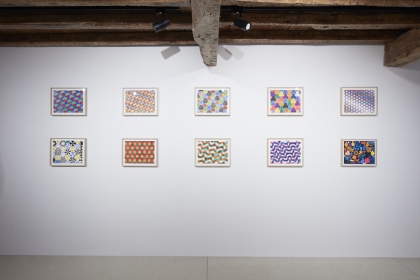 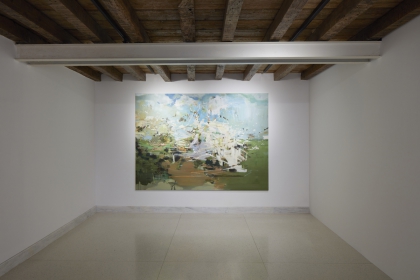 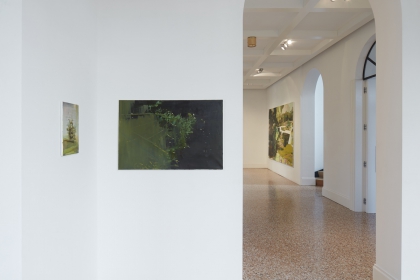 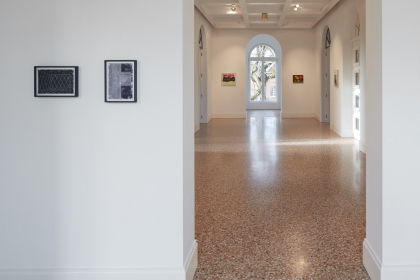 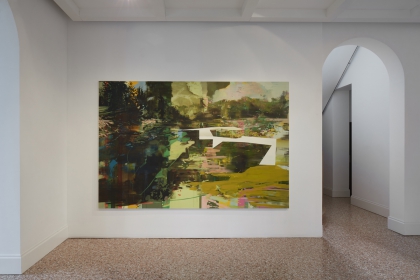 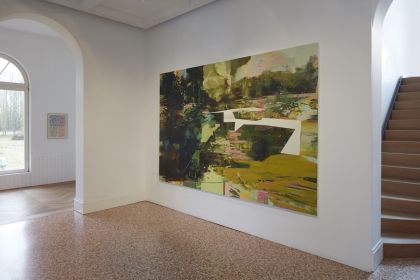 The first thing that popped into my head as I leafed through Henri Jacobs’ Journal Drawings was this sentence by Ralph Waldo Emerson: ‘Our life is an apprenticeship to the truth, that around every circle another can be drawn’. A spontaneous association, prompted no doubt by the fact that circles, and circles drawn around circles, occur with obsessive insistence in those pages. But, then again, so do other geometric figures: squares, rectangles, triangles, all manner of polygons and lines. And abstract patterns: free-flowing arabesques, inflexible grids, colour studies, weaves. And figurative elements, portraits and self-portraits mostly, and drawings composed out of words, and ... There are 666 drawings, a number worth mentioning, not counting the ones in the depôts, which are numbered separately. Now, the depôts are the aesthetic and conceptual heart of the book, for they give form and substance to the ‘journal’ of the title: they transform what might otherwise have been a straightforward collection of drawings into diary entries. They are a repository of artworks, books, lectures, events or exhibitions that caught the artist’s eye in a given year. The eye, says Emerson, ‘is the first circle; the horizon which it forms is the second’. There are nine depôts in total, and most begin with a photo of the view out of a window or skylight, and the horizon formed by the camera eye can feel close and palpable on rainy days with low-hanging clouds (a lot of these), and can also recede and lose itself in the distance of a clear blue sky (this fluctuation in perspectives is mirrored in the drawings themselves). The window or skylight is sometimes framed, sometimes not; occasionally, we catch it obliquely in photos of the studio, some with the journal drawings spread all over, or pinned to a wall. The depôts also contain photos of the artist at work on a wall-painting somewhere, or attending an exhibition, or waiting for the metro. And snapshots from the summer holidays, not forgetting an explicit drawing here and another there. The drawings are dated methodically and arranged chronologically, and the depôts placed at the end of each section separate a year’s worth of drawings from those of the following year. The effect of this choice is that the book opens on the drawings, but closes on the depôt. An open circle; an Emersonian circle, we might say, since Emerson turns the circle inside out. The circle had always been the emblem for the perfectly self-enclosed and self-sufficient totality; its uniformity, the fact that all points on its surface are equidistant from the centre, encouraged the notion that the circle is the best, or ‘least bad’, as Borges puts it, figure for representing God and his creation. Emerson, for his part, treats the circle as the foremost the symbol for the fact that life admits of no closure: ‘every end is a beginning’ he says, and ‘under every deep a lower deep opens’. Ideas and creations are fleeting: ‘Greek sculpture is all melted away’, for ‘the genius that created it now creates somewhat else’, and this somewhat else is headed for the same fate: it, too, will tumble into ‘the inevitable pit which the creation of new thought opens for all that is old’. Nature ‘abhors the old’, and the only sin, we read in Emerson’s essay on circles, ‘is limitation’, is to think the circle closed. It may be, then, that my initial, spontaneous association to a sentence in Emerson was in fact a reaction to the book as a whole, and not just to one part of it. After all, the more I browse it, the more it seems to be that the Journal Drawings, in one of those foundational paradoxes, is at once the fruit of an apprenticing student and a tutor to the truth that ‘around every circle another can be drawn’.

Emiliano Battista (from the text 'Polka dots and Moonbeams')