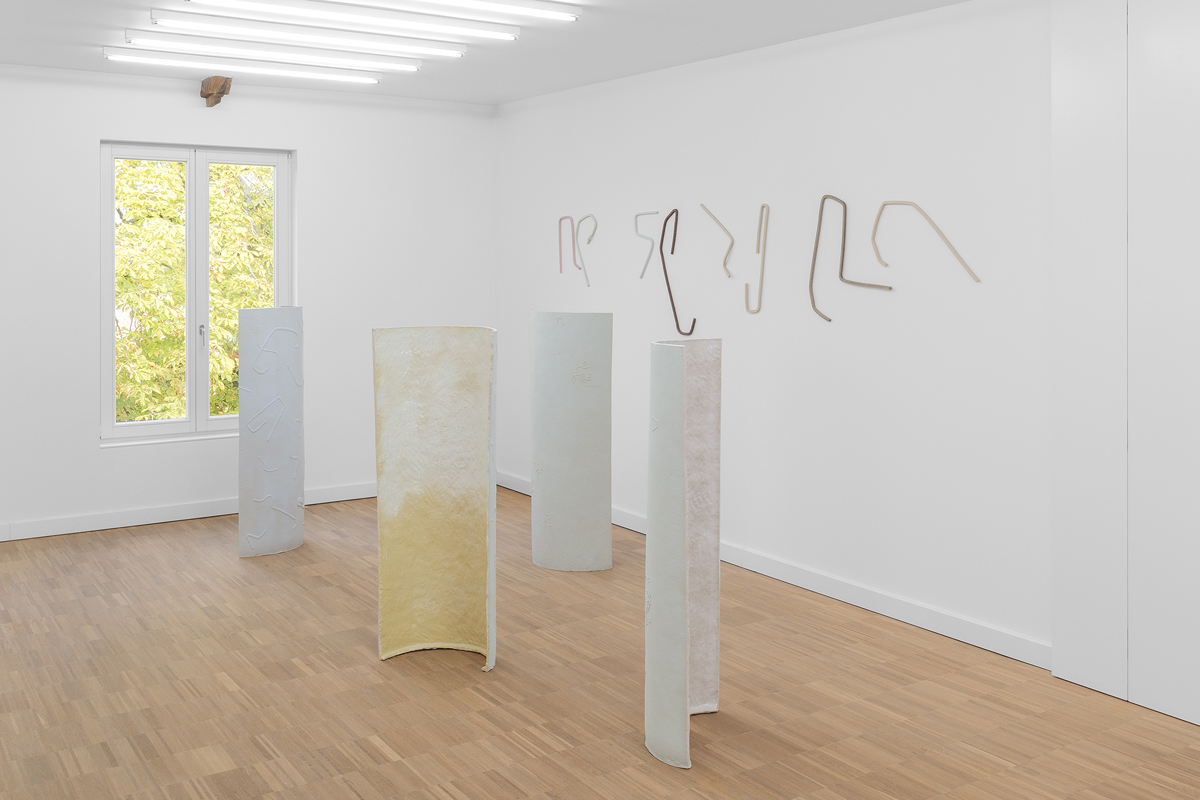 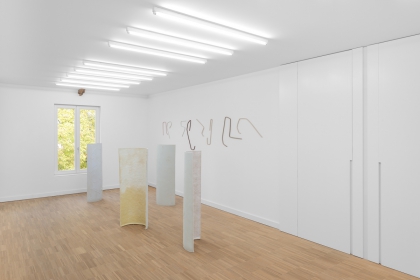 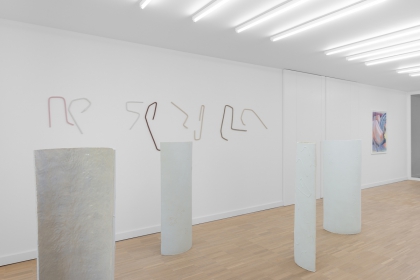 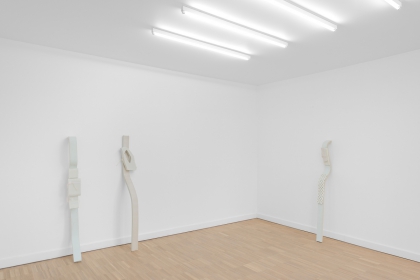 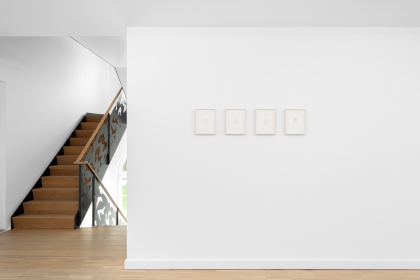 Stéphanie Baechler (b. 1983, Switzerland) is no stranger to The White House Gallery. In the spring of 2018, she was one of the four female visual artists presented in the exhibition Slippages. This show brought together artists who work on notions such as matter, transparency, form and contour. They are also concerned with the influence of time and surroundings – from the fall of light to an installation within a space – on an artwork. What Baechler is showing us today continues along the same path.

We can consider the Coded Intimacy sculptures, which were created in recent months at the European Ceramic Centre in Oisterwijk, the Netherlands, as a thorough reflection on the artistic object – a tangible form that takes its place within a gallery space or living room – in an era of digitisation, ‘transparency’ and tension between the personal and the public. Whereas social media tends to blur the boundaries between private and public until we ‘share’ almost everything with almost everyone, including our most intimate thoughts and images, Baechler goes back to the motif of the paravent, the folding screen that in previous centuries was intended to establish a sense of intimacy within sitting rooms and bedrooms or artists’ studios. This obsolete object is now given a new lease of life in Baechler’s ceramic screens.

Whereas the computer screen literally and figuratively functions as a barrier between us and the real world – which it does, however, intend to unlock, and thus to make visible and known – Baechler erects a dam with each of her sculptures, an opaque wall that is extremely tactile. This material wall is infinitely more present than the screens of our iPads and smartphones, no matter how much the latter pretend to be touchable – they work even when we don’t touch them.

It is within this paradoxical field of tension between the virtual (image) and tangible (object) that Baechler’s sculptures function. Their enigmatic, coded messages – the marks, scars, seams, cracks and other traces of human presence that they carry both within and upon their porcelain skin – are the absolute antithesis of the links that social media promises are as ‘efficient’ as they are ‘transparent’. Their materiality is also a repository of the time that the artist spent in the studio where the sculptures took shape, in order to realise them. In this way, time becomes a barrier to the simultaneity that social media suggests, but which it is unable or unwilling to deliver.