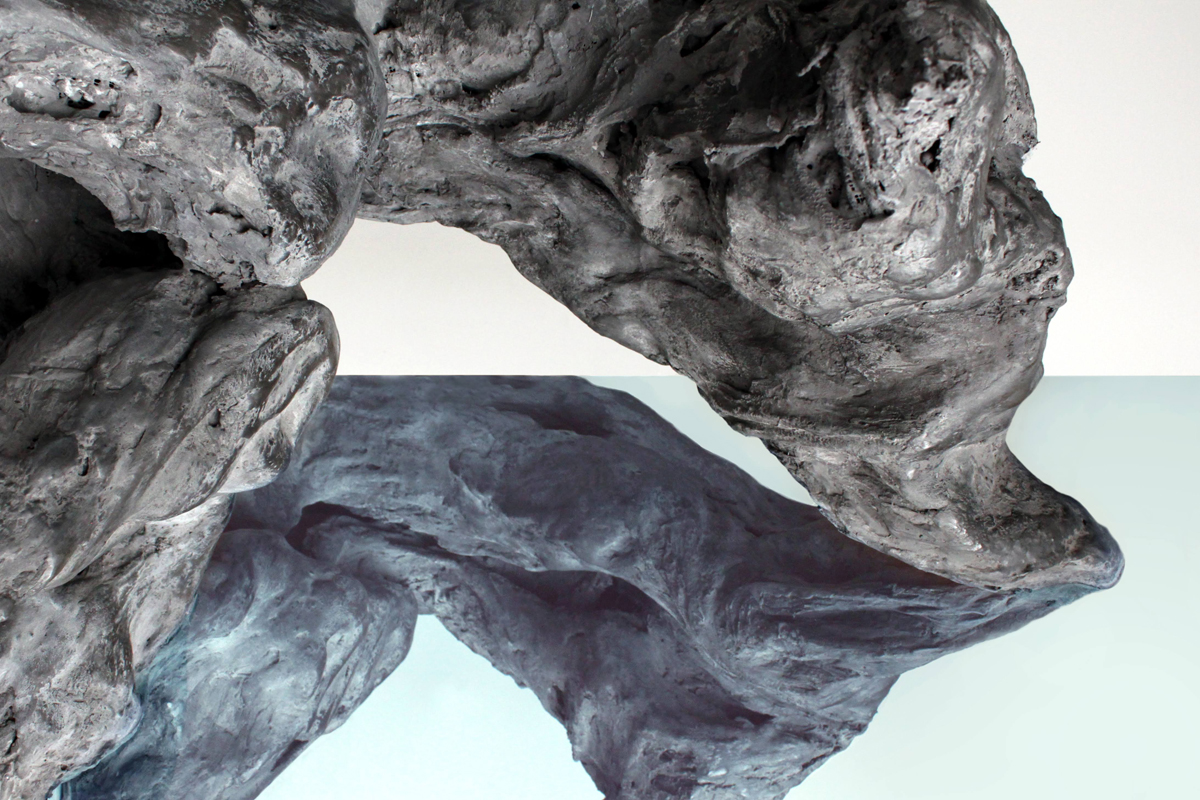 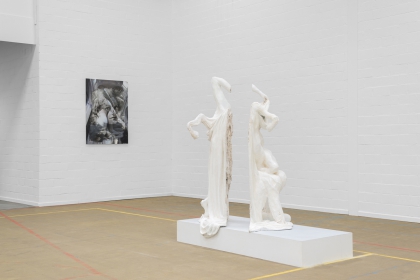 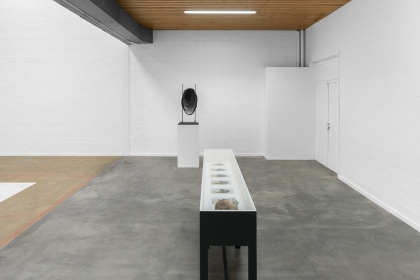 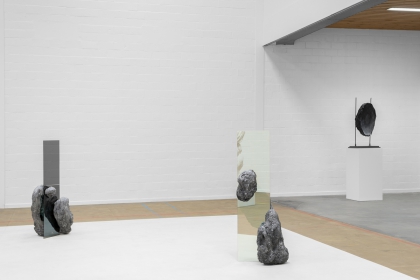 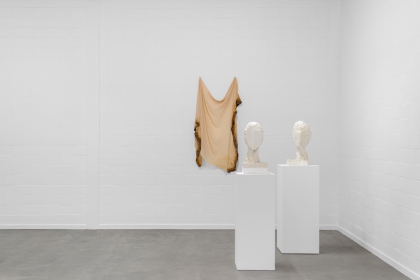 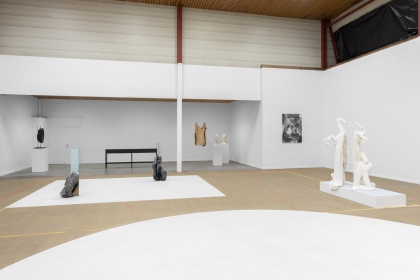 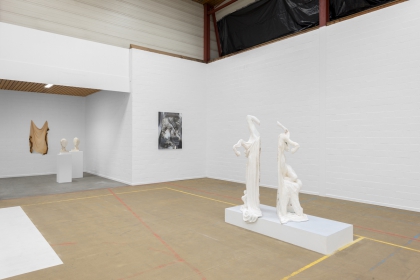 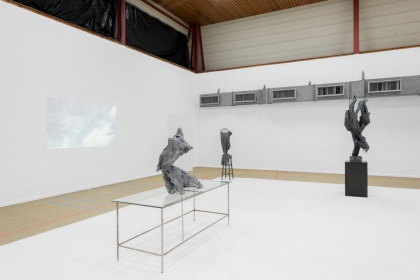 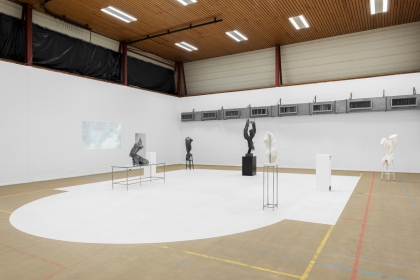 Through her new show, ‘The Edge of Obliquity’, Alexandra Leyre Mein explores the repeating history of human folly in the context of time and location of the exhibition. On the opening day of ‘The Edge of Obliquity’ exactly a century had passed since the armistice. WWI was contemporaneously described as “The war to end all wars” decimating millions of people. The exhibition is built around the idea of folly and repetition. Video projections of a fog enveloped beach strutted with the remnants of washed up trees and a sky with clouds floating by endlessly to the tune of rolling waves refer to the passage of time. Throughout the exhibition allusions to horses, human bodies and flags are reminders of memorials. The flag, a reference to a nation devoid of colors, can also be seen as a mourning cloth to hide the futility of war. The wandering of the reflecting viewer is captured by the mirrors cutting sculptures in half. Construction and deconstruction is shown in the more figurative sculptures or expressed in a more conceptual way in e.g. a piece of street asphalt falling apart. The location of the show is the gymnasium of a former psychiatric institution surrounded by a peaceful arboretum.