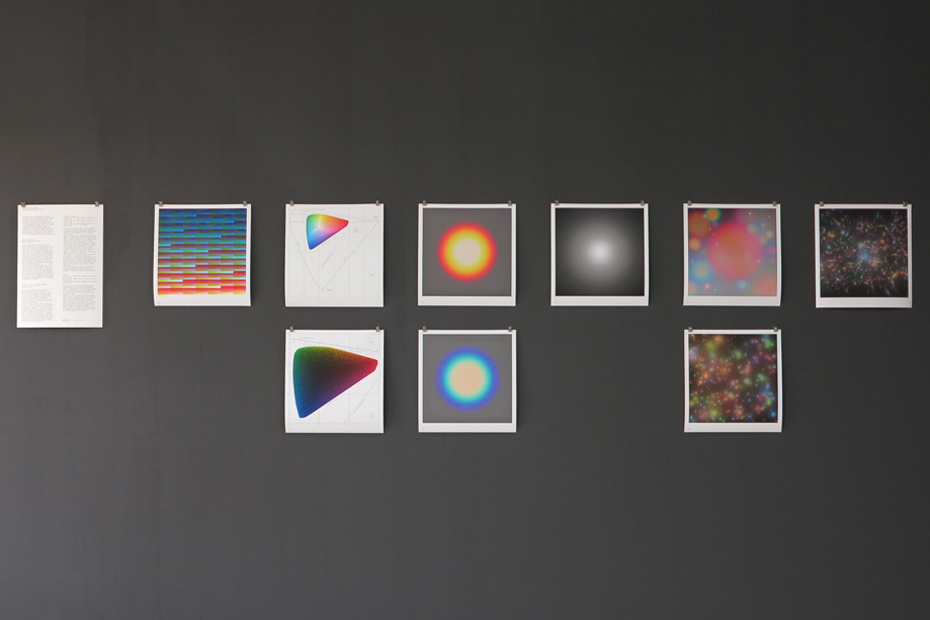 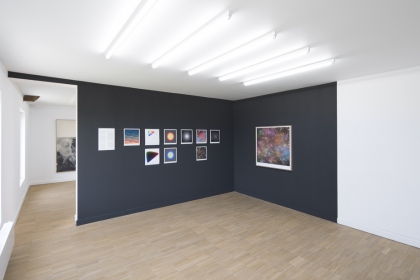 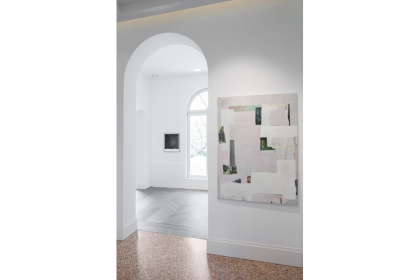 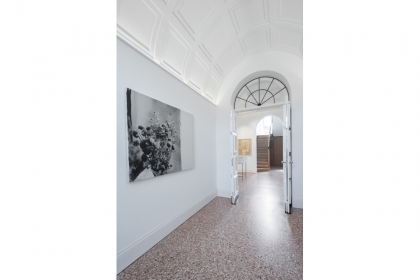 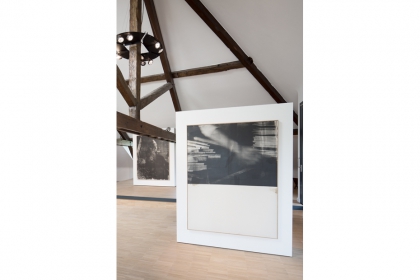 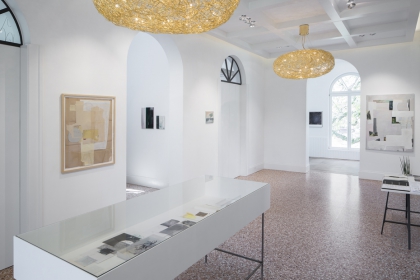 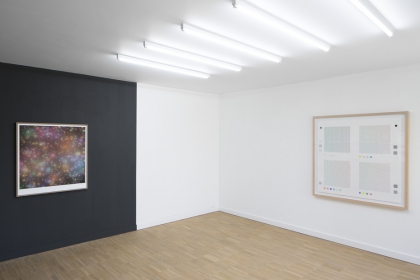 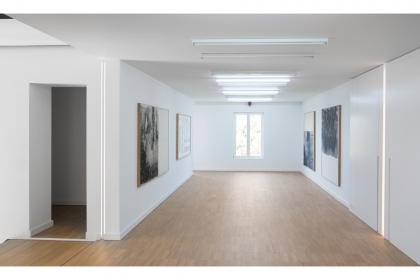 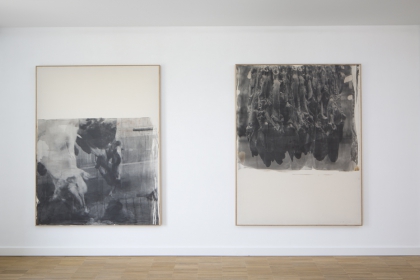 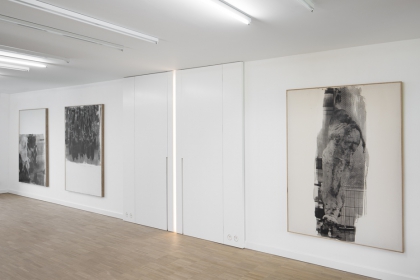 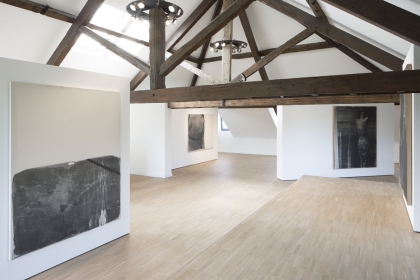 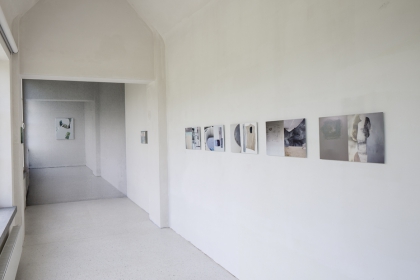 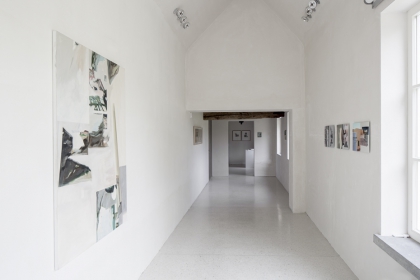 The compositions of Adrien Lucca are the results of research based on colour theory. The artist uses a scientific method to analyse and order colours in a way that is similar to how sounds are reordered to compose music. Indeed, both disciplines consist of various different parts that can be dissected and put back together again. Lucca’s studies are not indiscriminate, but comprise a web of formulae, calculations and techniques that imply multiple skills. They are the products of a perpetual process of learning. Instead of working with a single, central thesis, the artist tries to address a concatenation of topics – related to physics and colour theory, the history of painting, photography, and digital art. Up until now, the broad scope of the research has only partially been investigated, and chiefly for economic reasons, meaning that there is plenty of scope for the artist to explore it in greater depth.

Often displaying the process-based approach that is characteristic of these analyses, Adrien Lucca’s drawings formally correspond to colour studies. At the same time, the artist experiments with geometric figures and optical illusions that actively involve the viewer. They lead or mislead the eyes and encourage a dance in front of the work, in which the viewer walks back and forth to observe the amalgamation and segregation of coloured lines. A new series of works is entirely generated by computer programmes and a printer. The artist’s touch seems to be reduced to the inputting of formulae. While the result is also largely a surprise to the artist, it is nevertheless the result of his predetermined parameters. In these works too, the process and the research are important, although the final result appears to be more like a finished product.

Lore Stessel has conceived a technique that combines painting and photography, thus uniting the characteristics of both disciplines. She paints a photosensitive layer onto the canvas that enables her to develop photographs directly upon the material. The movement required for spreading the emulsion creates a physical involvement, and this bodily presence is also the key starting point for the work. This comes across both in her working method and in her subjects. Lore Stessel goes in search of the tension in the body in relation to various different environments. In Deauville, she took photographs during a walk along the city boundaries, in New York she asked dancers to move at various different locations, in Anderlecht she photographed the bodies of animals in the abattoirs, and she has also created many images of her own environment. Through her ‘touch’, the artist can, to a certain extent, determine in which places the photograph becomes more or less visible. The dynamic that goes hand in hand with this gesture is highly characteristic of painting. Whereas an abstract painted tableau can seem overly subjective, or too non-committal, photographs can directly reproduce the environment. Lore Stessel thus moves between needing a physical presence in the work and the depiction of reality. She wants to show reality as she herself experiences it, without imposing an idealised image on the viewer. By abstracting the photographs using her inter-disciplinary technique, she is not presenting a pre-defined scene, but her works can be unravelled to create a feeling that they are more than just snapshots. She relativizes the photograph and, instead of a single truth, shows a range of intentions and meanings.

In her work, Lut Vanautgaerden reflects on contemporary zapping culture by harnessing the potential of collage. Every day, we make a selection from an abundance of images, so that only a fraction of them actually enters our mind. At the same time, the images that we see are, to a large extent, manipulated. Thus the reality presented to us by mass media does not always correspond to our own reality. Lut Vanautgaerden takes over these techniques of cutting, pasting and processing and thus creates her own compositions that refer to personal memories and experiences. In contrast to what we are accustomed to, she makes the game of manipulation visible. The viewer is not absorbed by an image, but is aware of the potential for deception. The various different media used by artist are closely connected. Paintings are often created on the basis of previous collages, which are, in turn, the result of self-made or found photographs. These sometimes become part of larger, site-specific installations in which the artist optically lengthens the exhibition spaces. However, these trompe l’oeils have an alienating effect, because a number of elements shatter the illusion. In her quest to create even more distance between so-called ‘reality’ and the viewer, the artist has made a video of previous installations. This recently introduced medium wants – to an even greater extent than painting – to be believable. However, as it is simply one of the many phases in an entire creative process, the video is the furthest removed from the source of inspiration that is often still visible in the collages.