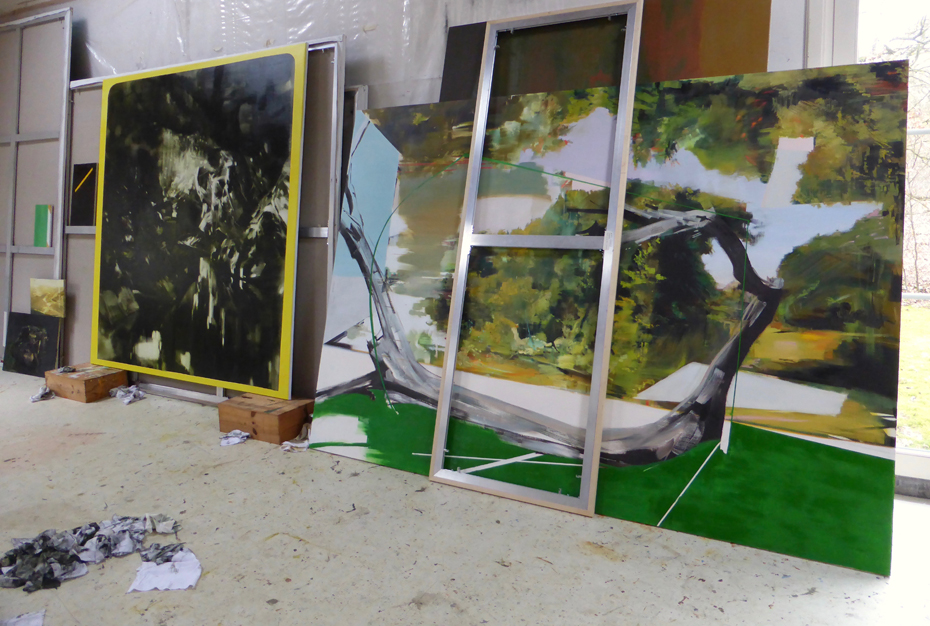 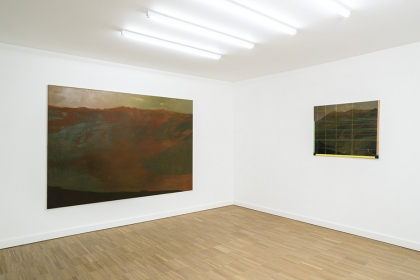 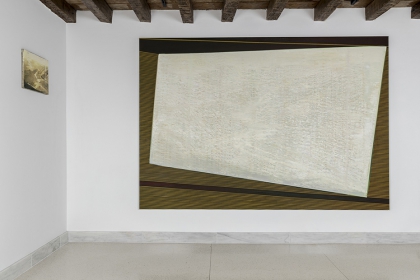 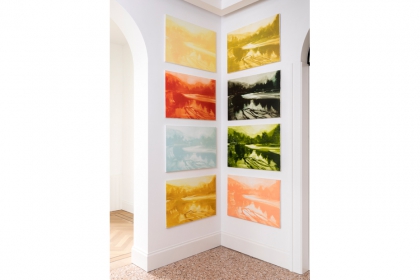 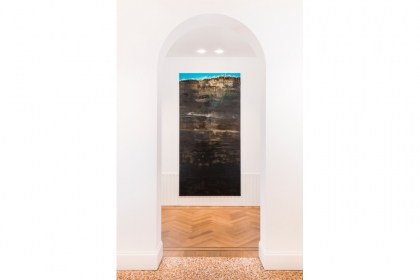 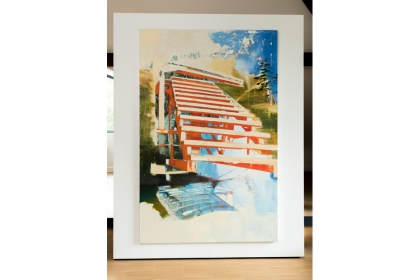 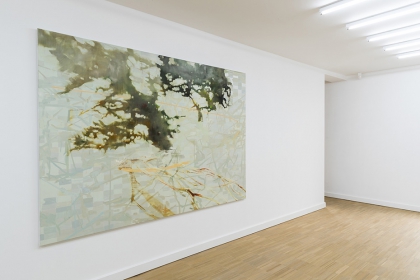 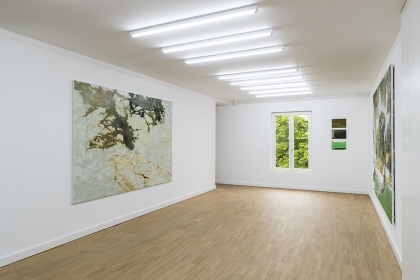 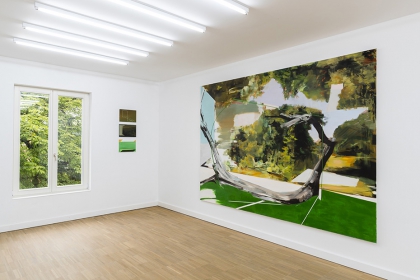 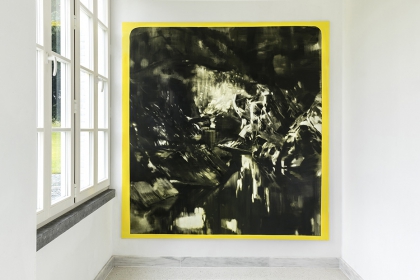 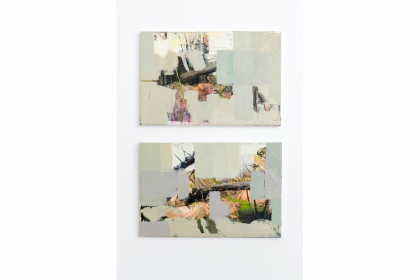 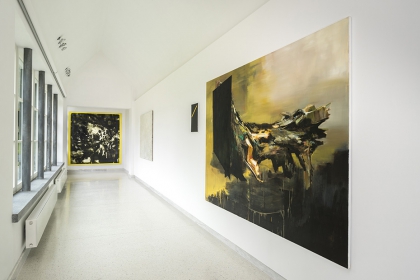 Any landscape is a condition of the spirit
(Henri-Frédéric Amiel)

The story has often been cited, and is known to us from a letter written by Petrarch to Father Dionigi di Borgo San Sepolcro. In this missive, which was penned in 1336, at the dawn of the Renaissance, Petrarch describes his ascent of Mont Ventoux. Upon reaching the summit, the Italian poet was overwhelmed and filled with wonder at the view over the mountains towards Italy, the Rhône valley and the Mediterranean Sea (he was perhaps also out of breath). Petrarch can be seen as the first modern European, and this because ‘to the best of our knowledge, he was the first person to climb a mountain just to enjoy the view’ (Ton Lemaire in Philosophy of the Landscape, 1970).

When I stood in Greet Van Autgaerden’s studio, surrounded by her recent monumental canvases, I was reminded of this story. In order to find a new perspective and a point of view on the development of her singular painterly oeuvre, it seems that Greet, like Petrarch, has also climbed a mountain. She appears to have developed a fresh sense of the world, an affinity for vast spaces, the landscape and the vista.

The landscape is her starting point, and not a subject to illustrate or merely portray. It is more about bringing it into play, and the experiential. She elevates a traditional, age-old theme into one with a universal dimension. The landscape is a dramatic character. Old stereoscopic photographs depicting sublime American landscapes, of the kind that we associate with Westerns or National Geographic documentaries, often lie at the basis of her work. As a spectator, this photographic aspect fascinates me. Photography is the ultimate consequence of our modern view of the world: objectifying, mechanizing and now digitizing it into a binary system. Greet Van Autgaerden, however, provides a countermovement. I imagine that the painter looks at such photographs and treats them like zoom lenses that no longer work perfectly; an automatic zoom lens that cannot focus on the detail in the foreground or the movement in the background, a hazy lens, as it were, like the wrong type of multifocal glasses. And I use the metaphor to justify my own encounters with the paintings, because my ‘looking’ – or rather ‘reading’ of the works – is a game of zooming in and out, of sharpness and blurriness, depth and surface.

Greet Van Autgaerden knows that a good painting is always a kind of ambush, and she enjoys luring us, as viewers, into her trap. I cannot shake off the impression that she too perceives the canvas as a ‘battlefield’, an arena in which she wrestles with the demons of painting – not in a romantic, tormented way, but in one that is analytical and acute, and which takes careful account of the various possibilities of an image. It reminds me more of the British approach, as exemplified by Constable, than the Germanic Sturm und Drang Storm and Stress.

For a long time, landscape struggled to be taken seriously as a painterly theme, partly because it played with the laws of perspective that had been so decisive for the development of Western art. In the modern age, the landscape was dominated by the impulse towards classification that was set in motion by scientists, cartographers and global navigators. But this was the antithesis of the sense of disorientation and pure emotion that people felt when, out in the wilds, they apprehended the grandeur and sublimity of nature. Greet Van Autgaerden’s paintings are not ‘windows on the world’, nor membranes that are placed between the self and the universe in an attempt to organize the chaos of nature upon the flat plane that serves as a screen. No, her works are direct manifestations of nature, or emanations, upon the level surface of the canvas.

In a good painting, time is not frozen, but slowly unfolds. The world is on display in both its temporal and spatial variability. The introduction of a time-related dimension to the work (the result of both a visible accretion and a switching between decisive moments of choice within the creative process, on the one hand, and our reconstructive, forensic gaze, on the other) opens up infinite possibilities, and enables us to always return to it anew, and on each occasion differently.

But above all, the work of Greet Van Autgaerden is, to me, about the ‘skin’ of the painting. The traces left behind on the canvas by brushes, palette knives, rags, hands or fingers also transform themselves into a landscape. The scale of certain paintings creates the impression that one could step inside and simply disappear, as it were, just as Alice stepped through a mirror into another world.