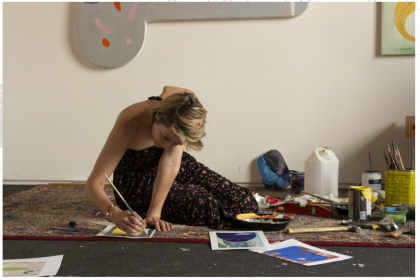 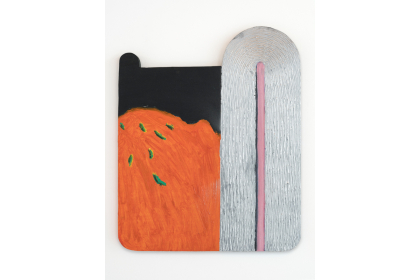 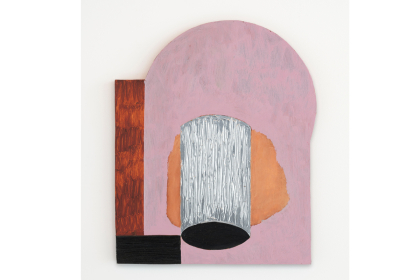 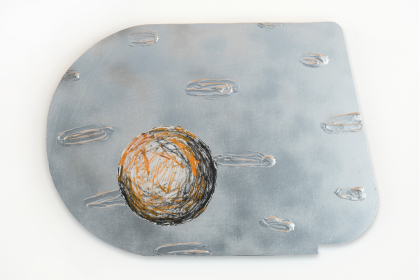 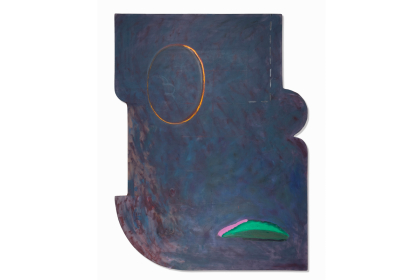 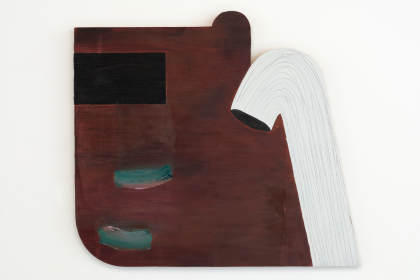 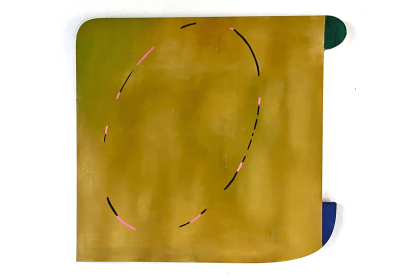 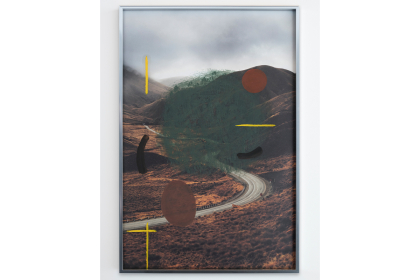 Between Canyons and deserts VIII 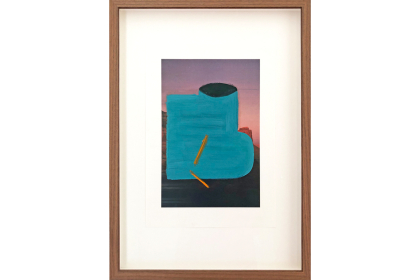 Between Canyons and deserts V 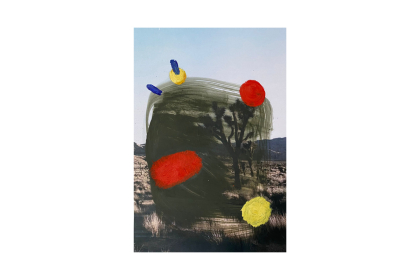 Between Canyons and deserts X 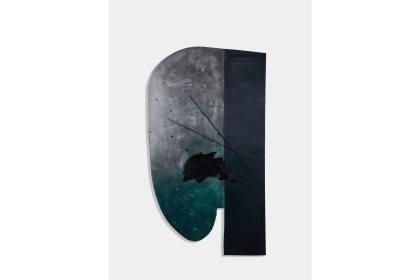 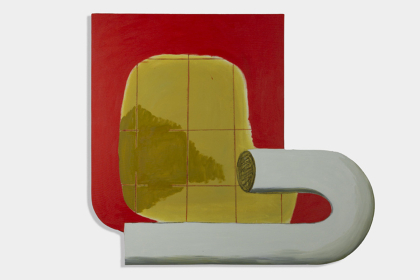 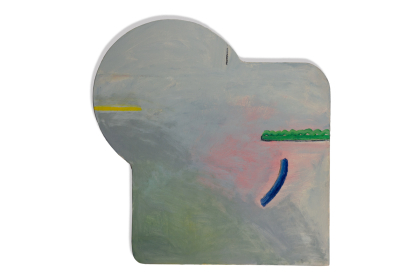 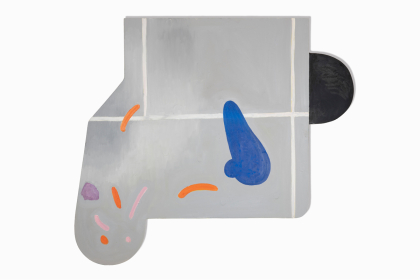 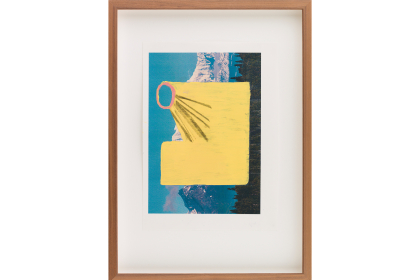 Between Canyons and deserts III 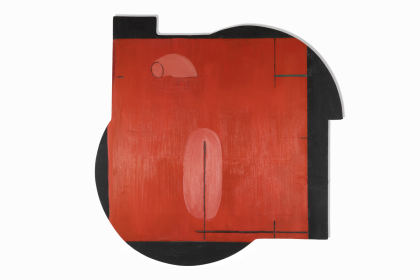 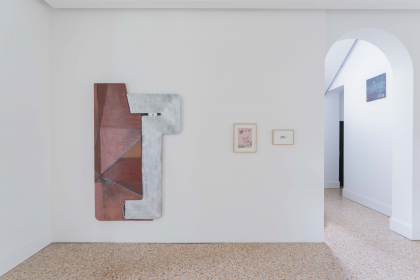 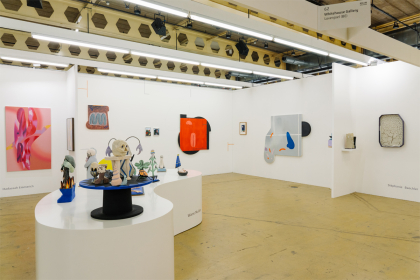 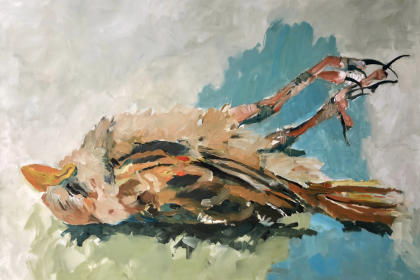 One day at the Academy 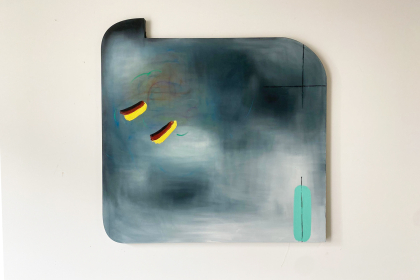 It's time to meet them 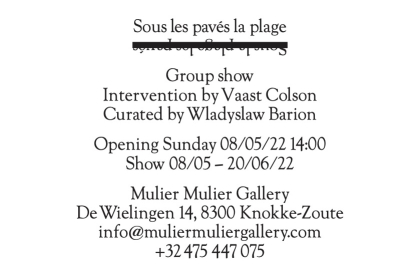 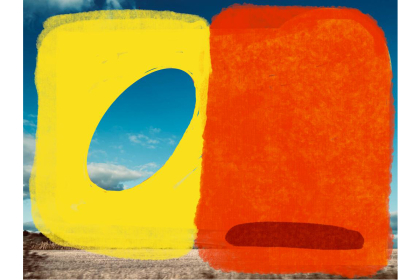 The work of Joke Hansen (°1979) manifests itself as a large collection of questions regarding the how and what of painting. In her work Hansen is incessantly on the move, in search of the next step, the next level, trying to find answers to painterly questions that arise. The constant movement during this search is what often constitutes the subject matter of her visual language. For example in the paintings Maze (2020) and Minecraft (2020), the two paintings seem to represent a walking or climbing course, with titles that refer to the world of computers and gaming. However, here it’s not the player who takes on the role of an avatar and has to go on an adventure tour to overcome all kinds of obstacles and climb further and further each time. Here, it’ s the artist herself and subsequently the viewer, who goes on an endless journey of looking, reviewing and recalibrating. In this same endless loop of exercise, Hansen’s working method circles non-stop around paintings, collages and sculptures. The discipline of painting is the unmistakable axis which propels her visual conception, the leitmotiv in her relentless search for the right image. By exploring the boundaries of the medium to the bone in terms of shape, surface and paint, her works often present themselves almost as fremdkörper, as if they themselves are surprised of what they’ve become.
This not shying away from fundamental questions regarding painting, the inexhaustible search and the radical push-through of painting on canvas led, some two years ago, to Hansens first cut outs and shaped canvases, which can be seen in this exhibition. Ever since, her practice has become a permanent and almost obsessive attempt to break out of the traditional canvas, in constant discussion and manipulation of the classical canvas or panel in its closed form; rectangle, square, circle, oval. A road to be taken is often the subject of a painting: a tube structure, u-shaped pipes, technical environments, an exhaust pipe that flows into a cloud that seems to have become an onomatopee for an exit. Works such as U-turn (2018), Funk (2019) and Mogwai (2020) are great examples of this. Hansen’s work sometimes leads to very futuristic fantasy images which are humanized here and there by adding eyes (looking back at the viewer). Other forms remind us, almost in a Baldessari way, of human senses and give the paintings a self-conscious character, reversing the direction of viewer.
Only two of the fourteen works on show in ‘SAMPLES’ are painted on a rectangular canvas. In these paintings there are already references to the later sculpted canvases, yet still neatly within the expectations of the standardized outline of a canvas. This involuntarily raises a new awareness for the viewer: the focus in freely formed canvases will not be so much on the ‘what (is pictured here)’ but on the ‘how (is it pictured)’.
When viewing a classic painting, the viewer is more concerned with what the picture represents or means and less concerned with the presence of the canvas as an object, the painting as a physical presence in the room, on the wall. By showing shaped canvases and cut outs, Hansen also brings the viewer to a different level of looking, reading, understanding.
Of course, this rebelling against the defined limits of painterly standards is not new. In the 1960s, for example, Frank Stella decided to remove the leftovers from his compositions in order to nullify the supremacy of the canvas over the image (and vice versa), to break the ‘tyranny’ of the rectangle. This is also an important motivation for Hansen: to free oneself from the dogmatic limitations of the canvas by deciding its shape, hereby determining the entire further creation process during the first act. Hansen explores the dimensions of the medium not only through form but also through the use of paint, pencil lines and brush or comb strokes, hereby releasing all kinds of unexpected shapes, colors and textures on the surface. Searching for expression in different ways of paint application, color use and color combinations becomes an end in itself. For example, a chilly, machine-technological chrome colour is being applied pontifically next to/against a soft pink or light blue pastel shape. In a rather casual manner, hard and soft, loud and quiet, ratio and feeling are placed opposite or next to each other.
Hansen treats them as equal in their appearance and allows the dissonance and the ‘resentment’, the sometimes ‘twisting’ colors to just be there, she lets it happen. The presence of cartoonish elements and references to comics give Hansen’s work an ironic touch and in particular a sharp and witty character. This in turn stimulates the viewer to question his or her way of looking. Her work presents itself as an endless and refreshing sample card of the (painterly) world as it is: nothing is impossible. When this does seem the case, then it’s only a matter of adapting, re-organizing and reforming. The revolution is always at one’s fingertips / is always within reach.