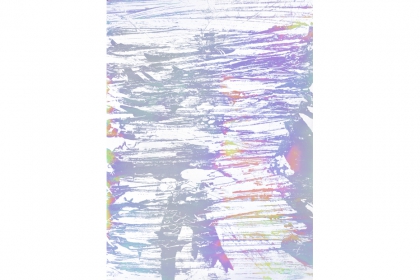 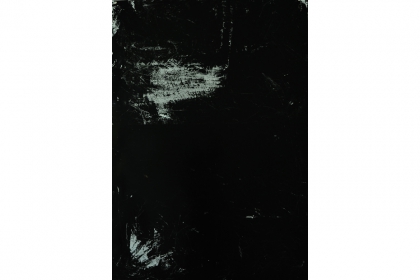 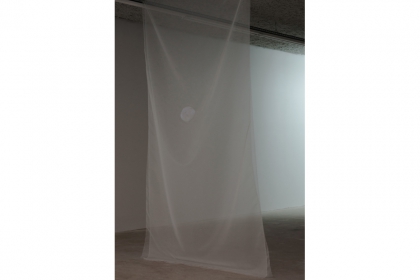 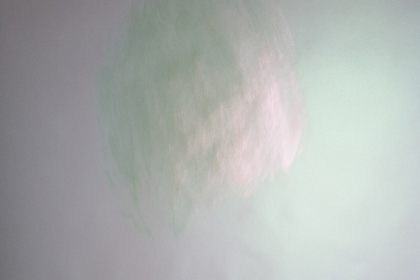 Nadia Guerroui (b. 1988 in France, lives and works in Brussels) obtained a Master in Tex@le Design from La Cambre, Brussels. In 2014 she was selected for Coming People, S.M.A.K. Ghent and her work was exhibited in CAB Art Center, Brussels. Her recent solo exhibi@ons include “Blink” (DAC Dolceaqua, Dolceaqua, Italy, 2017) and “Impostor Syndrom” (SNAP Projects Gallery, Lyon, France, 2016).

I met Nadia when she was hesitating between art studies or exploring the scientific field. Eventually, she didn’t choose one way upon the other, but managed to incorporate both of them. She defined her artistic practice while sticking to the science principles: « enable to understand and to explain the world and its phenomena in the most elementary way » 1. I would describe her field as the one of a researcher of the sensitive, close to the one of a medium. I do not mean «mediumness» as in a New Age aspect or a phenomenological posture of art, but as «realities out of reach by physical senses of perception in space and time » to quote the definition of the Second sight by Émile Boirac 2. It’s not about dealing with a medium to produce an effect, a magic trick nor a subject to give a sensitive demonstration but endeavoring to unveil.

In Nadia’s work, this process of getting into the visible takes its place in the question of blur : «Would the blur be the length of the typographic dash or the clarity of its boundaries ?” 3. Her work is always a matter of melting matter, object and subject. The image is the result of the medium, the medium takes shape through the gesture, and the gesture is crystallized in the image. This complex (i. e. weaved together) describes the possibility of a space where to get in, and simultaneously the takeover of this virtual space into the actual exhibition space. So the space gets loaded, like a battery. The different polarities, which can be reduced to an elementary positioning in space such as a simple gesture of water on a paper format, put the space in tension to draw an «immaterial zone of pictorial sensibility” 4.— oneiric. Indeed Nadia implements the transit to another space, the oneiric one. The issue at hand here is the blur —as explained earlier, both delineated and delineating the limits between real space and oneiric space.

Thus there is a constant back and forth movement : « I see myself where I’m not, in an unreal space virtually opening behind the surface, I am over there, where I am not, some kind of shadow that gives me my own visibility, which allows me to see myself where I am absent» 5. In that way, in this nightscape video, Nadia teleports us into an entanglement of dimensions that intrinsically bind recording- transmission-reception. The eye-camera, the body-monitor, and the spectator become one. The light signal transits between the lighthouse of the beach, its video representation on the monitor and the periodic signal irradiating the darkness of the installation’s space. That is where Nadia brings us to lose ourselves. Where am I ? Is it on this phantasmagoric beach, inside this hypnotic screen, in this periodically enlighten space or in between all these spaces ?
Simon Asencio