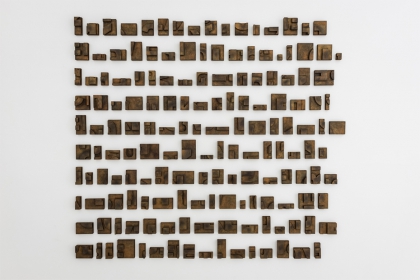 Signs of a time 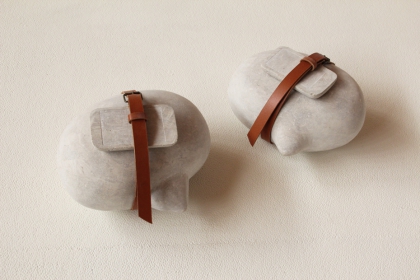 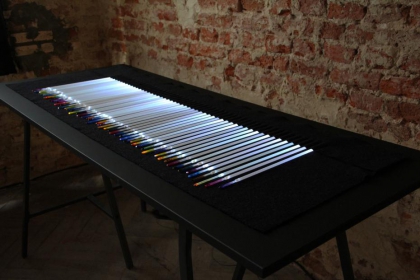 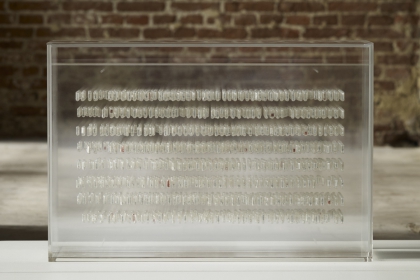 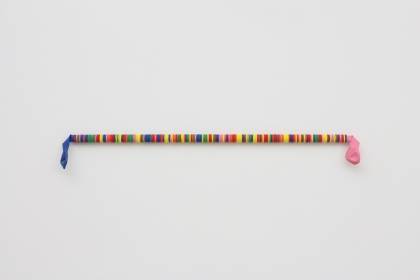 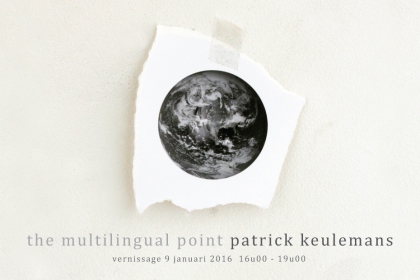 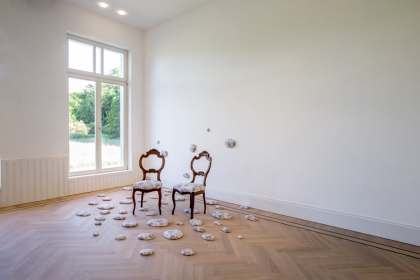 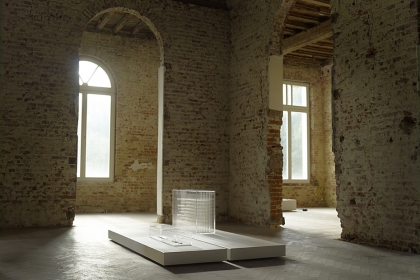 One Sea, One Language

The work of Patrick Keulemans departs from a fascination with language and communication: the (im) possibility of language as a metaphor for the (im) possibility of communication. Vanishing languages, cultural diversity, the vulnerability of the individual within a globalised world, and the homogenising effects of social media: these are just some of the themes he addresses. Behind the sophisticated and vivid appearance of his works there lies a complex network of existential questions and doubts. About frustrations, power and powerlessness, mortality and human frailty. About the necessity and futility of communication and coexistence, but also about the influence of religions upon our language and culture. His associative thinking is translated into a highly distinctive visual universe that is often imbued with irony, criticism and reflection.

Language is a paradox. As a pre-eminent carrier of meaning it is often not able to ensure an appropriate transfer of meaning, including but also excluding, creating not only connections but also misunderstandings and incomprehension. Combining language with image is certainly a perilous undertaking. Language can stifle, lock up or at the very least constrict the free space of meaning. Conversely, images with words often stand in the way of the imagination. The work of Patrick Keulemans conveys another trend: his starting point is the visual, graphic quality of language, often allowing meaning to be created from language and image. The interplay of language-cum-symbol and image gives rise to a surplus of meaning.

A few years ago a neurologist diagnosed Patrick Keulemans as suffering from dyslexia. The diagnosis not only explained his difficult struggle with (mainly) written language but also paved the way for a flow of ideas, a network of associations between word and image, resulting in a unique, fascinating and diverse visual universe within a short space of time. He used the alternative logic of dyslectic people, the unusual way associations are formed in the brain, and transformed this into a source of inspiration.

Patrick Keulemans' work is therefore based on a fascination with language and communication. The (im) possibility of language as a metaphor for the (im) possibility of communication, interaction. The artist's personal experience made him hypersensitive to the vulnerability of language. He cares very much about the disappearance of language, as we see, for example, in ‘Het land van de dode talen – de opzichter’, where he surveys a language of dead languages as the only witness. Or in ‘Zeg eens a’, where he lays to rest the variety of accents on the letter ‘a’, thereby calling into question the homogenising effects of new media, mobile phones,.. . For Patrick Keulemans language is a metaphor for highlighting themes such as cultural diversity and the vulnerability of the individual in a globalised world. As in what appears at first sight to be his playful references to the realm of Twitter and Facebook, calling into question how we as human beings are exposed to the voyeuristic regard of the anonymous mass. (see ‘De kracht van 140 karakters’)

At first glance light and accessible, Patrick Keulemans' work is imbued with discernment and reflection. Tried and tested in the world of advertising and communication , he is adept at intelligently capturing the unsuspecting gaze of onlookers, charming them with the elegant, refined ‘look’ of the objects he creates. What immediately catches the eye is his sensitivity for materials and his concern for the finish. Playfulness and a delicate sense of humour often coax a smile from you but as a sharp observer you will discover deeper layers of meaning. The orderly and finished exterior conceals an increasingly chaotic network of questions and existential doubts. About the frustrations of language, about power and impotence, about mortality, about human weakness, about the need for and powerlessness of communication and living-in-relationship-to. However, just as in life itself, the work's lyricism and beauty soften the hard edges of reality to make it liveable.

Patrick Keulemans does not regard the impossible game of language simply as a discerning observer. In a work such as ‘Spread your Language’ he flings himself as a visual activist into the fight for the defence of local languages. He has committed himself as a researcher, for example in new projects with bees. At his place of work in Lovenjoel he joined forces with scientists to create an experimental environment in order to secure a better visual understanding of how these creatures communicate. He is once again exploring the limits of understanding, of control and power.

This seeking is also reflected in his work on religions. The free-thinking Patrick Keulemans is awe-struck by the relationships between religious and their impact on our language and culture. In common with language, a religion is a system offering people assistance, shaping and connecting them. However, even more than language, religion has become a power structure, hampering the freedom and development of the individual. That is why the work ‘Wat zonder regie van religie?‘, a box with the empty covers of the key religious books, is very important to him. What if these books, these writings, had never existed? The idea of emptiness, absence, opens up a mental space.

A mental space is what we also see in the case of Patrick Keulemans. An understanding of his original limitation creates an inexhaustible flow of ideas. This is the language in which the artist now expresses himself free of all constraints. The language of the visual translator.