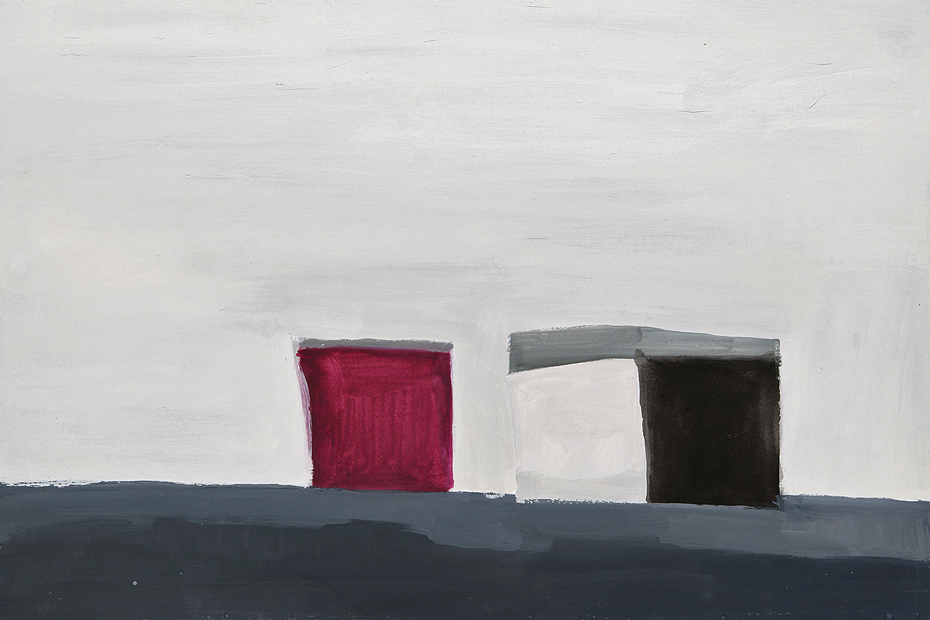 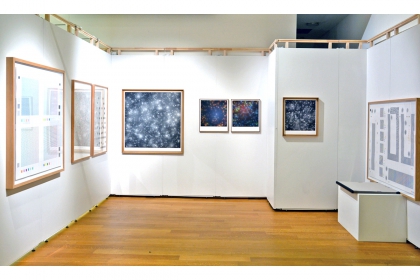 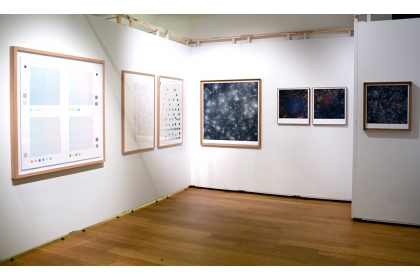 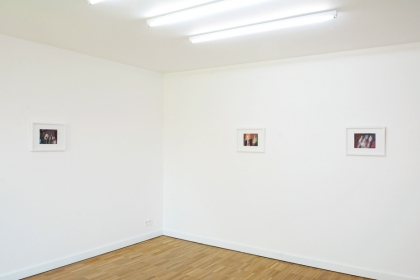 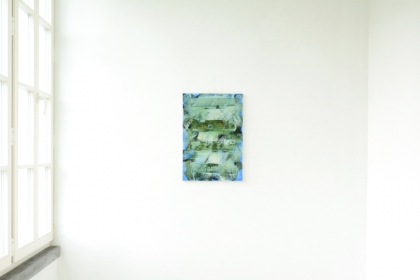 In the laboratory of the artist

From 1994 until the beginning of 1997, Ilse D’Hollander completely surrendered herself to her art: a story of pure paint. Mainly working on an intimate scale, her compositions are filled with beautifully nuanced colours and sensuous paint, detached from the visible reality but, at the same time, not. Because in the midst of the attracting or repelling surfaces, curves and lines, there is very often an element that anchors them to the here and now: a pole, a window, a corner, a horizon.

Ilse D’Hollander gleaned inspiration from her long countryside walks, especially after her move to Paulatem, a village in the Belgian region of Zwalm, in 1994. Yet she painted memories of landscapes rather than actual topographies. She was a prolific and constant painter: in 1995 and 1996 alone, D’Hollander realised a few hundred paintings and even more works on paper.  And she painted until the very last moment: a canvas was resting on the easel when she ended her life on 30 January 1997. She was twenty-eight years old.

Ilse D’Hollander’s work has been exhibited to growing acclaim in a recent series of national and international exhibitions. But what do we know of her earlier work? And the hitherto unexhibited paintings and drawings that she made between 1994 and 1995? D’Hollander rarely dated her work, which makes tracing its evolution difficult. But it seems that her idiosyncratic fusion of figuration and abstraction took root after 1994: her works prior to this date are either figurative or abstract. And they also contain people.

Remarkably, she made a charming and endearing series of resolutely figurative still lifes that, while clearly inspired by Morandi, are much less purified. Dating from 1995, these superlative watercolours depict a kitchen countertop that acts as a stage for various objects: a coffee tin, a green bottle, a cardboard box and a cup. Other abstract series – unfortunately undated – emerged from the artist’s laboratory: expressive outbursts in paint, watercolours as pure psychological states and CoBrA-like abstract expressionist works.

Four sketchbooks, three of which are dated between November 1991 and February 1992, provide yet another glimpse of the figurative aspect of Ilse D’Hollander’s practice. They are populated with slender and elongated figures that call to mind the sculptures of Alberto Giacometti. Sometimes, these mostly solitary forms dissolve into the backgrounds against which they are drawn: a cluster of triangles, rectangles and squares in which an oval head catches the eye. Following on from the sketchbooks, D’Hollander also painted gouaches in which the viewer’s gaze is met by the blank or accusatory stares of shadowy figures. Despite the soft and gentle colours, this is a petrified and disturbing world.  These works are counterbalanced by the colourful monoprints that Ilse D’Hollander executed in 1992: a series of unique prints made from a painted (glass) plate. She experimented with beautiful pastel colours, blurred areas, and horizontal and vertical bands.

At a certain moment, D’Hollander made momentous strides in her creative process.  In several works, the rectangles, squares, triangles and trapezoids fit together like the pieces of a puzzle and coalesce into a figurative whole. But the reverse is also true: within a series of figurative landscapes she suddenly detonates a fragmentation bombshell of colour, shape and paint.  Figuration – almost – becomes abstraction.

Ilse D’Hollander subsequently concluded her fusion of abstraction and figuration. Colours such as green, brown and blue might still refer to, respectively, a meadow, field and sky, but the pieces of the puzzle have been reconfigured on the picture plane. Having achieved this initial synthesis of figuration and abstraction, the artist created several works that, simply through colours and forms, emanate a profound tension.