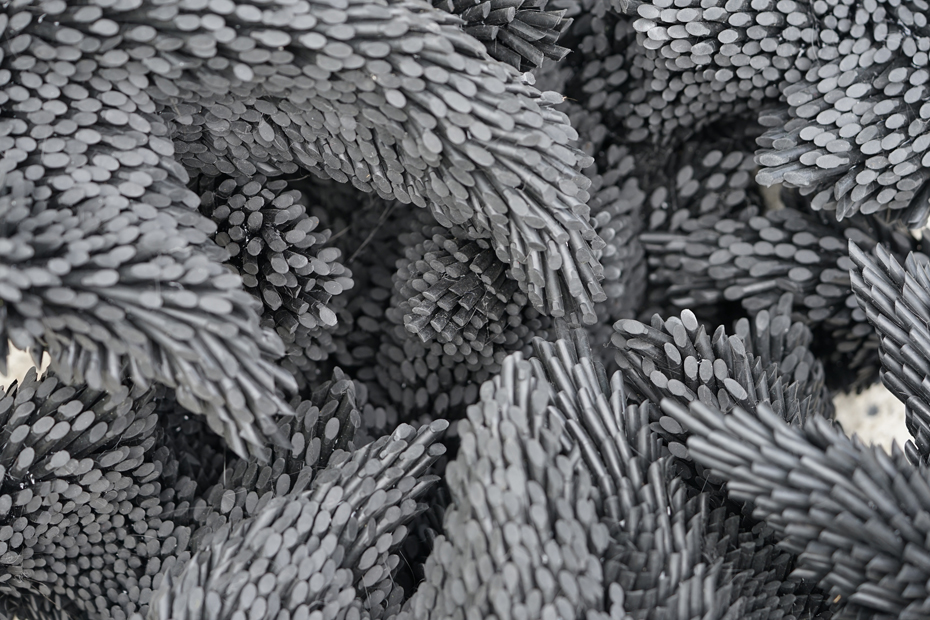 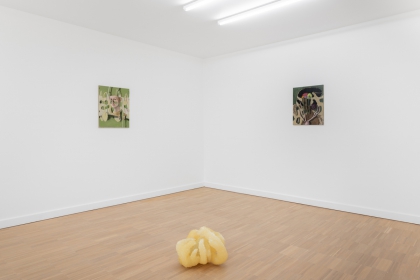 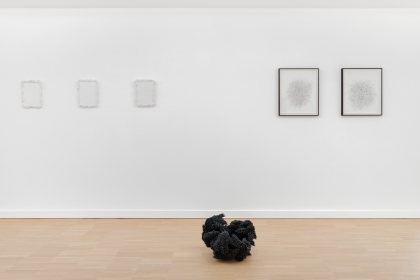 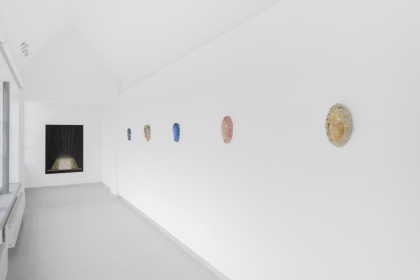 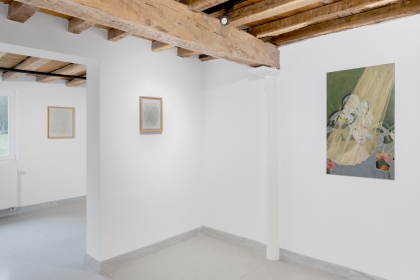 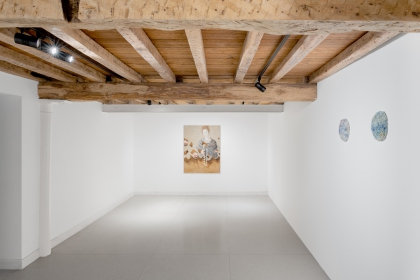 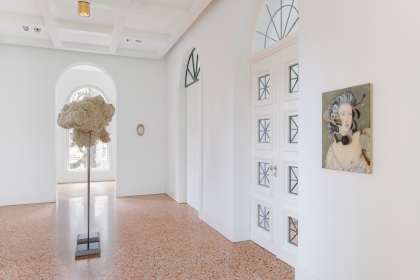 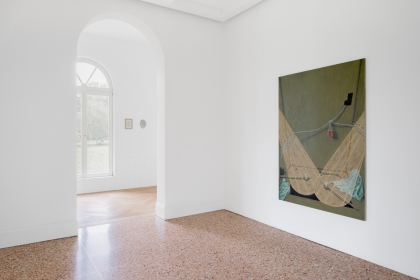 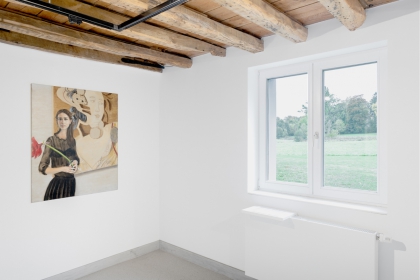 ‘Wave with me’ is a step into the visual waves of Joke Raes. Not only is the wave a recurrent form in the work of this Belgian artist, but it can also be seen as a metaphor for her working method. In this new exhibition at the Whitehouse Gallery, many different traces run through her works.

Joke Raes initially studied drama under Dora van der Groen at Studio Herman Teirlinck. She then completed a Master’s in Visual Art at Sint Lucas and a Bachelor’s in Textiles, before graduating as a HISK Laureate. Raes now has a studio in Ghent. She is highly driven as a maker, and has already worked with drawing, watercolour, ceramic, installation, performance, industrial remnants and natural elements such as dried willow catkins. All of these are equally powerful in her eyes. Her oeuvre is an organic whole: sometimes she will complete a drawing before conceiving a sculpture, but this is just as likely to be the other way around. The concept often determines the medium, but equally she may sometimes go in search of the material’s limits and tactile possibilities and these will determine the outcome of the artwork.

Waves have the strongest presence in those works entitled ‘Waves’. These sculptures are comprised of hundreds of cut-up pieces of industrial remnants, meticulously hand-selected and fastened together. Thus she creates unique, biomorphic sculptures that radiate a certain softness and fluidity. This is also the case in ‘Brave Wave’, the large public sculpture which Raes was commissioned to create for the grounds of CC Destelheide in 2019. In these shapes, the material’s provenance is both uncertain and subordinate. She therefore involves the viewer in a reflection on the material’s new life and meaning now, as an artwork. The artist sees the labour-intensive and time-consuming process of putting the sculptures together as a hidden performance, after which she hands over the result to the viewer, who is free to detect a new story therein.

During a residency at the European Ceramic Work Centre, Raes commenced her on-going series of porcelain masks entitled ‘Mask x’. The mask has been a common motif throughout art history. Her peculiar fascination with it is rooted in her theatrical past on the one hand, and in musings on identity on the other. Consciously or unconsciously, everyone dons figurative masks on a daily basis. Even when we realise this, what lies behind them remains an enigma. With her infinite series, Raes in no way attempts to solve this mystery. On the contrary: there is beauty in the fact that we will never succeed in fully knowing ourselves.

An identity is fluid. This applies both to people and to artworks. Although the making process with clay is something active, the finished masks are at risk of becoming static. Raes reacts to this by entitling them ‘Mask x’. Anyone who takes one home has to fill in the ‘x’ and thus confer upon the work not only a new home, but also a new name. So ironically enough, the same title for all the works is an acknowledgement of their uniqueness. However the masks are not faces: they are aesthetic, but also estranging in their anonymity and abstraction.

The masks that Raes created during her residency in Arita in Japan form a unique sidetrack to the existing series. They are all very colourful and detailed. The Japanese crystal glaze, however, lends the masks that she completed there a distinct identity: as soon as the kiln reaches a certain temperature, crystals form on the surface of the glaze which are unpredictable and erratic. For the artist, these are a kind of magic: it is as though the mysterious universe hiding behind the masks is looking for a way out.